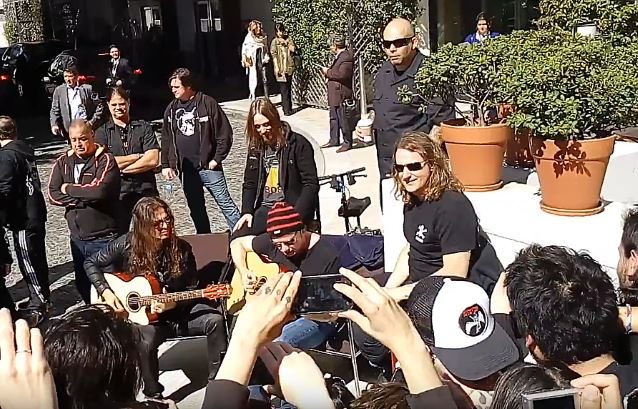 MEGADETH played a short acoustic set for the band's fans outside the Four Seasons hotel in Buenos Aires, Argentina earlier today (Tuesday, August 23). Video footage of the performance can be seen below.

MEGADETH fall 2016 North American leg of the "Dystopia" world tour kicks off in Casper, Wyoming on September 20 and takes them across the U.S., visiting 16 states with special guests AMON AMARTH, SUICIDAL TENDENCIES and METAL CHURCH.