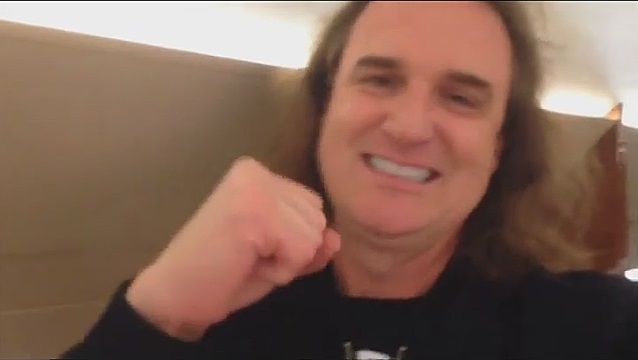 Video footage of MEGADETH's trip on a private jet from Spain, where they performed at the Resurrection Fest on July 31, to Rejmyre, Sweden, where they were scheduled to play at the Skogsröjet festival on August 1, can be seen below.

MEGADETH is continuing work on material for the band's next album, tentatively due in 2015.