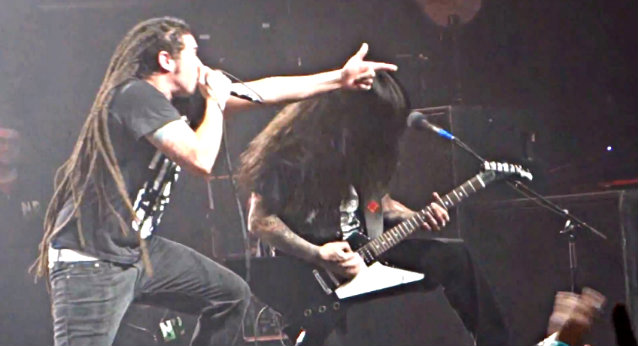 MACHINE HEAD guitarist Phil Demmel joined NONPOINT on stage on December 18 at The Warfield in San Francisco, California to perform the song "The Wreckoning". Video footage of his appearance can be seen below (courtesy of Stephanie Cabral and Capital Chaos TV).

NONPOINT's January 31 concert at Club Revolution in Fort Lauderdale, Florida will be filmed for an upcoming DVD.

MACHINE HEAD will enter the studio in February to begin recording its new album for a late summer release via the band's new label, Nuclear Blast Entertainment. Tentative songtitles set to appear on the CD include "Killers & Kings", "Beneath The Silt", "Ojos De La Muerte", "Sail Into The Black" and "Night Of The Long Knives".