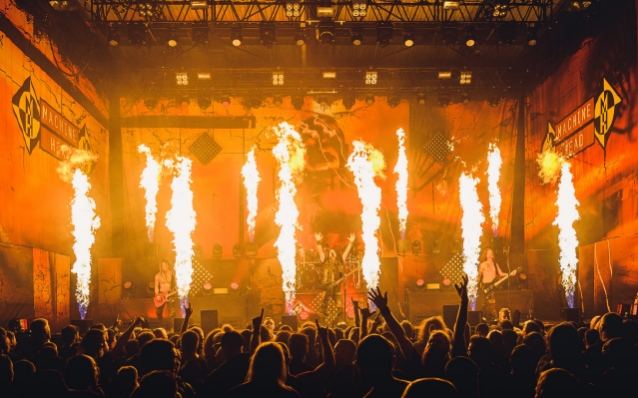 MACHINE HEAD played the second show of the European leg of its 25th-anniversary tour for the band's classic debut, "Burn My Eyes", Monday night (October 7) at Poppodium 013 in Tilburg, The Netherlands.

MACHINE HEAD's setlist for the Tilburg show was as follows: