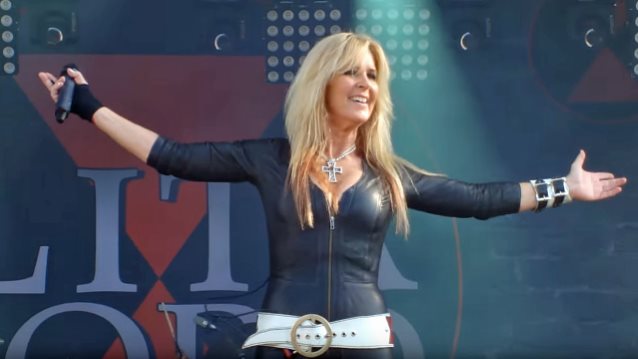 Fan-filmed video footage of Lita Ford's June 10 performance at the Sweden Rock Festival in Sölvesborg, Sweden can be seen below.

Lita Ford released a new album, "Time Capsule", on April 15 via SPV/Steamhammer. The very special and unusual recording turns back the clock to a time when honest, down-to-earth rock music was still handmade and recorded without digital tricks and contraptions.

"Time Capsule" contains ten songs plus an intro and is available as a digipak as well as an LP version and download. It's Ford's gift to fans who love the '80s, when thrilling vocal performances, raunchy riffs, and loud, growling guitars were as essential as oxygen.