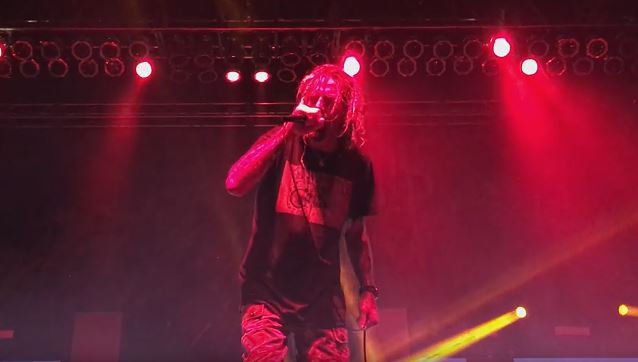 Richmond, Virginia metallers LAMB OF GOD performed their song "Overlord" live for the first time last night (Friday, January 15) at Stage AE in Pittsburgh, Pennsylvania during the kick-off show of their U.S. headlining tour with ANTHRAX. Fan-filmed video footage of the performance can be seen below.

"Overlord" is taken from LAMB OF GOD's latest album, "VII: Sturm Und Drang", which was released in July 2015 via Epic in the U.S. and Nuclear Blast Entertainment in all territories outside of North America. The CD was once again produced and mixed by Josh Wilbur with engineering by Wilbur, Nick Rowe and Kyle McAulay, and was recorded at NRG Recording Studios in North Hollywood, California and Suburban Soul Studios in Torrance, California.

"Overlord" is what some may consider the most unique and versatile track on the record — a new play on the revered LAMB OF GOD sound. The song uniquely features clean vocals and lyrics penned by vocalist Randy Blythe, and the official video for the song — which was directed by Jorge Torres-Torres — features the singer's own personal concept and treatment.

"For years I've wished that I could have a movie camera directly linked to my brain so that some of the ideas I see in my mind's eye could be translated into film for others to watch," Blythe explained. "Although that is obviously an impossibility (and probably a good thing — I find many things amusing that might not be so funny to everyone else), the video for 'Overlord' is the next best thing for me.

"I came up with the idea and wrote the treatment for this video myself. To see Jorge take my concept, add his own touches, and use his technical know-how to translate my 'mental script' into a suitably dark visual narrative is just an awesome, awesome experience for me.

"I wrote the song about the dangers of self-obsession in our distressingly myopic and increasingly entitled 'me-now/now-me' culture. Just like the couple in the video, many people can't seem to look past their own relatively small problems to see the bigger picture: the world is in serious trouble. Having a bad day at work, or a fight with your significant other, or getting a crappy haircut or table service does not in any way shape or form constitute an emergency. Sometimes things just don't work out the way we want them to, [so] deal with it. People who only see their own problems eventually wind up alone because no one wants to hear their crap anymore. We all know someone like that, always whining and complaining about some inconsequential setback as if it were the apocalypse. This song is for those people."

Regarding the "VII: Sturm Und Drang" album title, LAMB OF GOD guitarist Mark Morton told the Swiss TV show "Living Room": "When Randy and I were putting the lyrics together for this album, we were discussing what the themes were. And we were trying to find a phrase that best encompassed the common threads that ran through the lyrics of all the songs. And it just happened to be that 'Sturm Und Drang' represented that inner conflict and the pressure and the turmoil and the chaos and how one responds to those things. If it had been a French phrase, we would have probably named it that. But it just happened to be German." 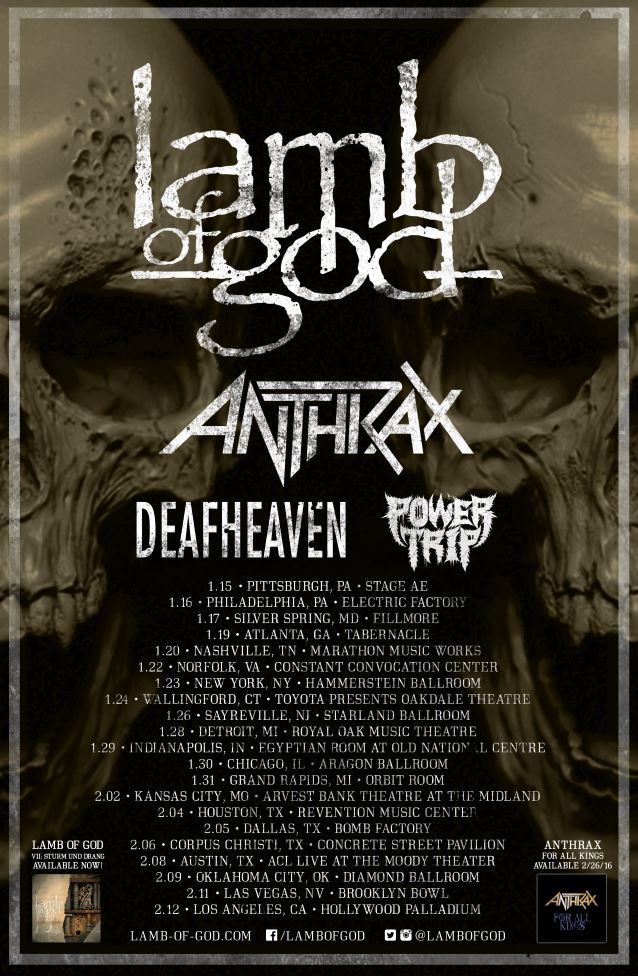