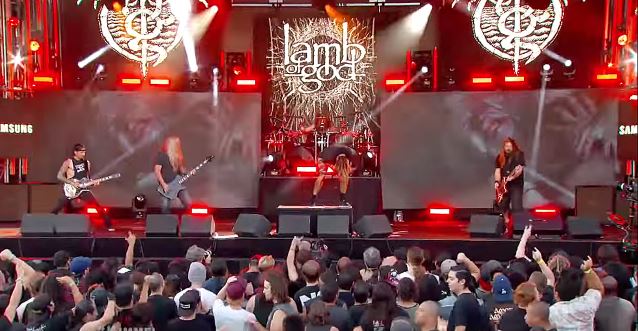 Richmond, Virginia metallers LAMB OF GOD were the musical guests on last night's (Thursday, August 27) episode of "Jimmy Kimmel Live!" The band performed several songs on the show's outdoor stage in front of a standing-room-only crowd.

Video footage of LAMB OF GOD playing the tracks "512" and "Still Echoes" on "Jimmy Kimmel Live!" can be seen below.