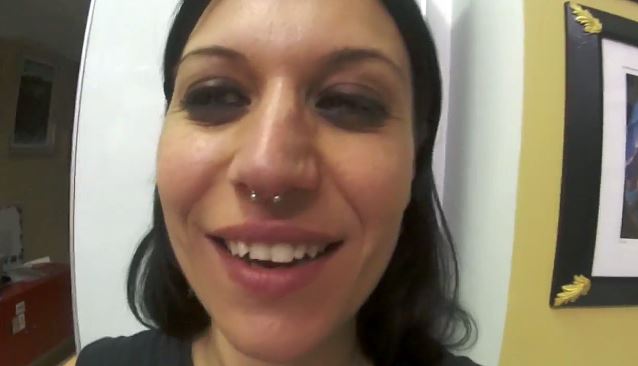 A recap of LACUNA COIL singer Cristina Scabbia's visit to her piercer friend Filoz at the Primordial Pain Tattoo studio in Milan, Italy to get her septum pierced can be seen below.

In a recent interview with Kerrang! magazine, Scabbia stated about the progress of the songwriting sessions for the band's follow-up to last year's "Broken Crown Halo" album: "We are writing new material. We wrote a lot of music. [We're] still working on vocal lines, and then we're gonna [work] on the lyrics, because we have a lot of material that we already collected. But we just wanna hear the final results of the music so we can get more inspired and write some more."