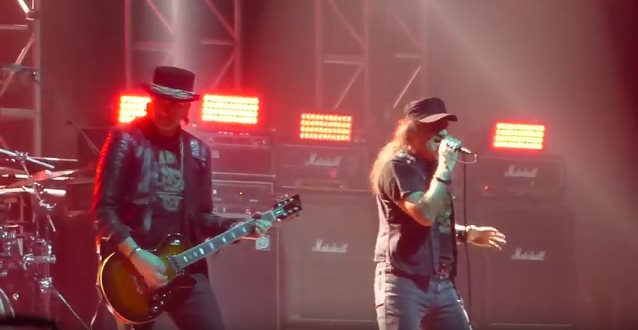 Fan-filmed video footage of KROKUS's March 4 performance at Samsung Hall in Dübendorf, Switzerland during the "Rock Monsters Of Switzerland" mini-tour can be seen below.

The Swiss hard rock legends' latest studio album, "Big Rocks", came out on January 27. The disc sees KROKUS paying tribute to bands and artists like LED ZEPPELIN, QUEEN, THE WHO, STEPPENWOLF, Bob Dylan, THE ROLLING STONES and many more by presenting their very own versions of classic tracks such as "My Generation", "Tie Your Mother Down", "Whole Lotta Love", "Quinn The Eskimo", "Born To Be Wild" and others.

"Big Rocks" offers a total of 14 tracks: 13 cover songs and a re-recorded version of KROKUS's hit "Backseat Rock 'N' Roll", all of them flawlessly executed, brilliantly interpreted and spiced up with the typical KROKUS edge.

In a recent interview with All Music & All Bands, KROKUS singer Marc Storace stated about "Big Rocks": "The production is so good... the result of a great team work between our bass player and meticulous producer Chris Von Rohr and Dennis Ward, who engineered 'Hellraiser', 'Hoodoo', 'Dirty Dynamite' and 'Long Stick Goes Boom!' and now 'Big Rocks'!

"It's always been the band`s tradition to jam out some favorite cover songs as a warm-up for rehearsals or during soundchecks.

"'Big Rocks', according to contract, is the last album in line for Sony Music, so that inspired Chris to finally produce a cover album a la KROKUS... an old idea which had been hanging in the band air since a few years. So we threw a whole bunch of songtitles into a hat and Chris picked the cherries." 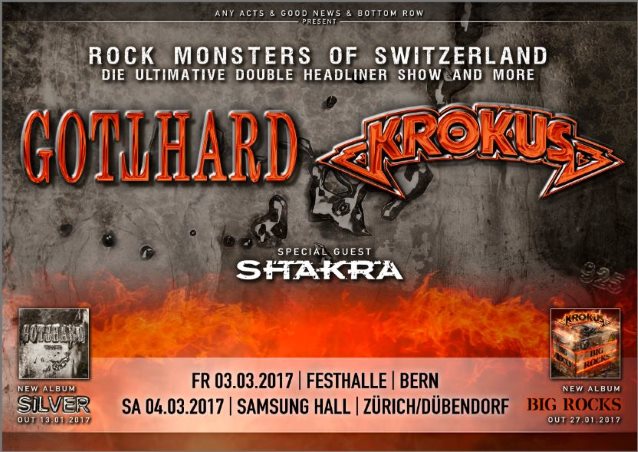