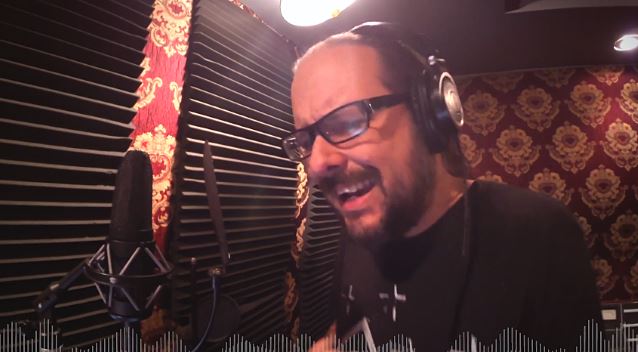 A one-minute clip of KORN singer Jonathan Davis in the studio laying down a new song called "Can You Hear Me", which he composed using the Zen Studio from Antelope Audio, can be seen below. Jonathan loves the sound of the mic preamps and the monitoring quality of the Zen and the fact he can bring it on tour and record excellent-sounding tracks anywhere he goes.

Jonathan and the rest of KORN have been Antelope fans since the early days of the company and have often given Antelope incredible backstage and behind-the-scenes access and interviews.

This new song preview is another incredible way Jonathan has shown how much he appreciates the gear that Antelope builds.

Hanging with Davis in the studio are Sluggo from Killbot, Eric Racy and Marcel James.

The video was produced by Steve Oropeza for Antelope Audio using all GoPro Hero4 cameras.