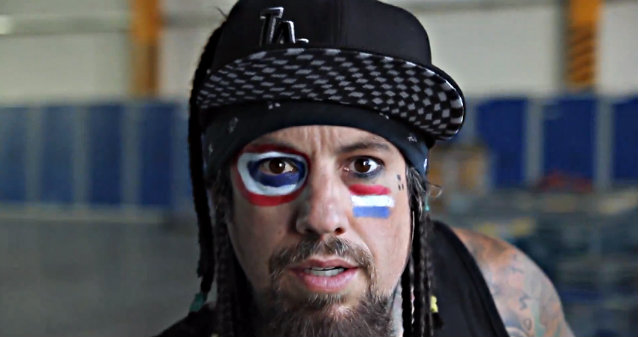 Last July, KORN traveled to Germany to perform three free concerts on U.S. military bases to celebrate Independence Day with the U.S. troops. A 14-minute video report on the band's visit, directed by Sébastien Paquet, can be seen below.

KORN's eleventh studio album, "The Paradigm Shift" (Prospect Park), sold 46,000 copies in the United States in its first week of release to land at position No. 8 on The Billboard 200 chart. The CD arrived in stores on October 8 via Prospect Park.