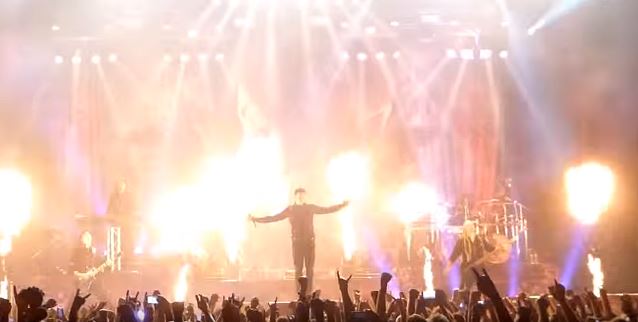 Fan-filmed video footage of the final show of KAMELOT's European headlining tour on Friday, October 16 at 013 in Tilburg, The Netherlands can be seen below.

KAMELOT guitarist Thomas Youngblood recently told PowerOfMetal.dk has finalized contractual plans for a new concert DVD. He said: "Now we have to figure out where we're gonna do it and whether it's gonna be part of a tour or it's gonna be a one-off concert, like we did before. That's all being planned right now, so we're not totally sure yet. But hopefully next year we'll be able to shoot that and [get it out] to the fans."

Regarding what KAMELOT singer Tommy Karevik has added to the band's sound since joining the group in 2012, Youngblood said: "He's an amazing frontman, a killer songwriter, great with lyrics, a team player. And I think he's injected a new spirit into the band, in terms of his energy and youth. I mean, I couldn't have scripted it better, honestly. During [the making of the latest KAMELOT album] 'Haven', he was crucial with his lyrics and his vocal melodies and some of the music."

KAMELOT will return to the road for the second leg of its North American tour in November and December. 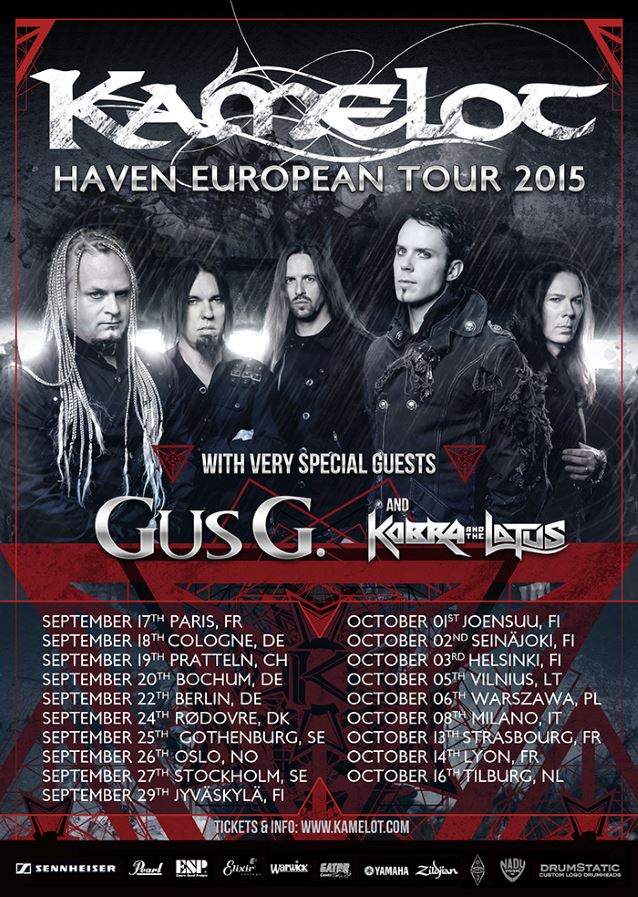