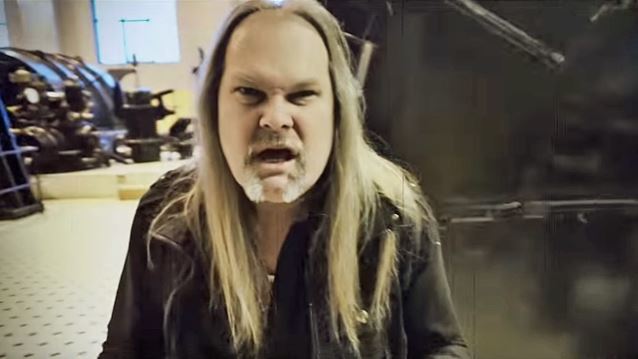 One of the greatest rock singers of our time, Jorn Lande returns with a unique album of covers of classics from artists and bands that have meant something special to him, and helped forge this talented man's own unique style.

The official video for Jorn's version of "Live To Win", which was originally recorded by KISS frontman Paul Stanley, can be seen below.

Through Jorn's extensive career, which includes more than 40 albums of mostly original songs, he has also recorded great versions of several rock classics such as THIN LIZZY's "Are You Ready", UFO's "On And On", DEEP PURPLE's "Perfect Strangers", and many more. Jorn also recorded a successful Ronnie James Dio tribute album, released in 2010. Every song JORN covers is treated with the utmost respect and "Jorn-ized" accordingly. A good example is his heavy sounding version of "I Walk Alone", first released by Tarja Turunen (ex-NIGHTWISH).

"Heavy Rock Radio" is not an ordinary album of cover songs; it is truly a songbook of hits. Featured — among others — are great versions of the EAGLES' "Hotel California" and Kate Bush's "Running Up That Hill", which gets the Jorn style treatment to become very powerful and epic, without losing its commercial touch. More great classics included are John Farnham's "You're The Voice", QUEEN's "Killer Queen", and two absolute melodic rock evergreen gems in JOURNEY's "Don't Stop Believin'" and FOREIGNER's "Rev On The Red Line".

The original concept of the album was to create a sort of jukebox of radio hits, but to avoid leaning too much on the pop side of rock, JORN decided to blend the track listing with a few more up tempo rock tracks as well, such as "The Final Frontier" by IRON MAIDEN ("probably the closest you get to anything commercial with IRON MAIDEN," says Jorn), "Live To Win" by Paul Stanley (a song which was also featured on the popular television series "South Park"), and a few hard rock classics show up as well from DEEP PURPLE ("Stormbringer"), DIO ("Rainbow In The Dark") and BLACK SABBATH ("Die Young") to complete the mix.

Jorn says: "The most important thing was to treat these songs with respect towards the original versions. My goal was always to think that the original artist would be honored and find my version relevant. At the same time, my intention was never to try to compete with the original song and artist, but make it a strong alternative version to enjoy. At the same time, it is a well-deserved homage to these artists and bands who influenced me strongly, and I have wanted to record these songs for quite some time but was always too busy writing and recording my own songs to make it happen. Originally, I had a list of 40-50 songs I wanted to do, but I had to strip it down to about 15 songs before deciding on the final tracklist. This means that there are some unfinished business musically, and I will most likely record more of these songs in the future."

Since releasing the critically acclaimed Dracula "Swing Of Death" album last year, Jorn has also been working on an album of brand new songs, which will be the follow-up to the 2013 JORN album "Traveller", to be released in early 2017.

Jorn's catalogue is getting too long to include in brief press statements, and his innovative and creative skills have led to him selling millions of albums worldwide and being a frequent entry on sales charts around the world, including Billboard. Worth a mention is his years with MASTERPLAN, with whom he recorded three albums. Claimed to be the biggest selling Norwegian musical export, since the pop band A-HA, Jorn continues his rock crusade, and there are no signs of him slowing down yet.

The title "Heavy Rock Radio" came quite naturally, as the sound of this album feels like if it's tailor made for any rock radio station, and while Jorn's voice can be enjoyed on more than 40 albums in different rock and metal styles, this record is a special treat which will tide over all the fans waiting for the new original album which is being worked on at the moment.

"Rainbow in the Dark" 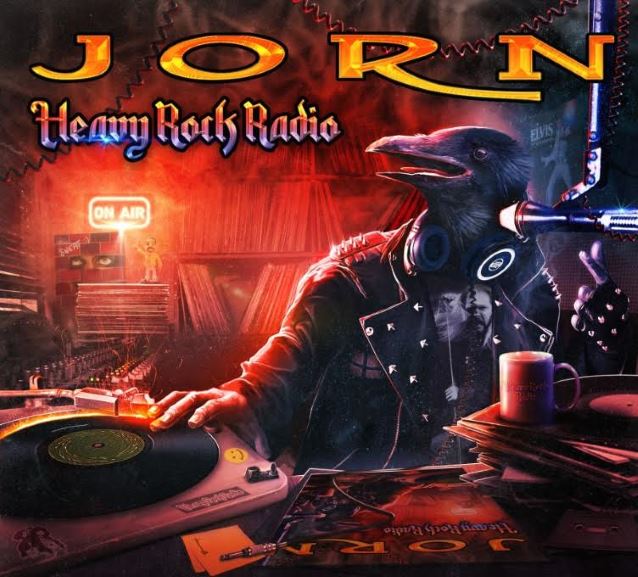