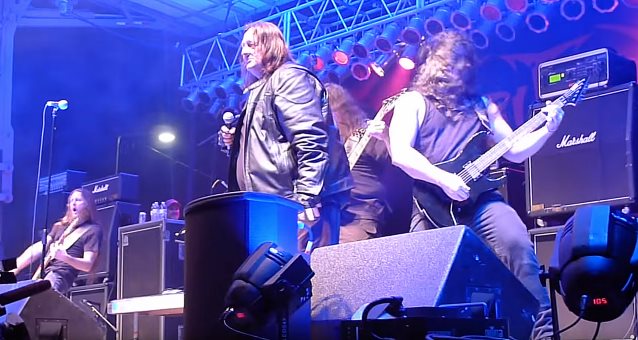 SAVATAGE frontman Jon Oliva joined OBITUARY on stage this past Saturday, January 30 at the first annual Florida Metal Fest at The Cuban Club in Ybor City in Tampa, Florida to perform a couple of SAVATAGE classics: "City Beneath The Surface" and "The Dungeons Are Calling". Fan-filmed video footage of his appearance can be seen below.

OBITUARY frontman John Tardy, who helped organize Florida Metal Fest, said about the event: "My brother and I have been so fortunate and thankful to be part of some the best and biggest music festivals in the world. The amount of people, bands and energy these festivals can bring is just awesome. From the first time we played one, it has always been a dream of ours to put together a music festival that is not only fun for the fans, bands and crews, but one that also brings a closeness to all involved. After years and years of talking about it, we finally decided the time is now. We want to put together a first-class festival. From the venue to the PA, from the lights to the lineup we are trying our best to make this as memorable event as possible. No festival, anywhere in the world, even with the best possible lineup, would work if the area does not support it. I think that Tampa, and its surrounding cities, is a great music area and one that is ready to make this event come to life." 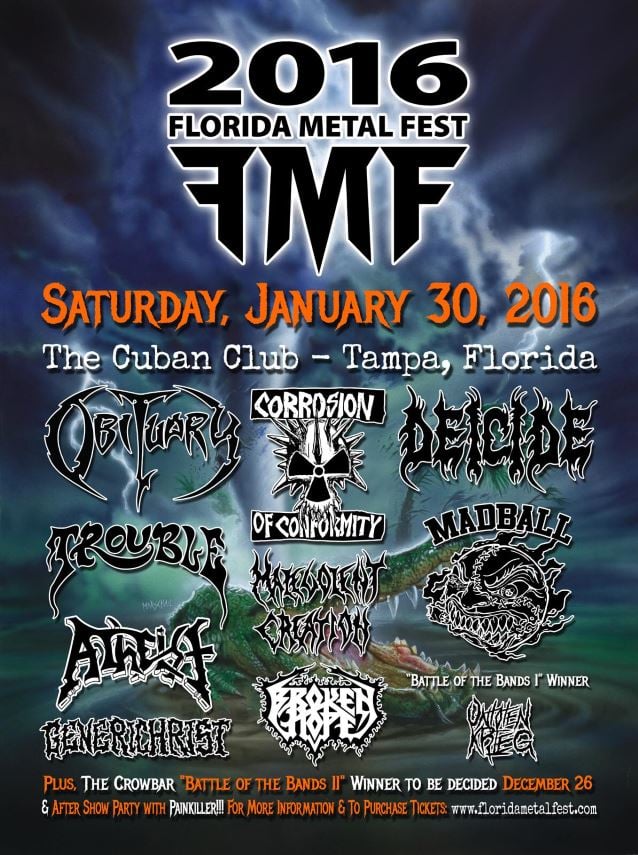