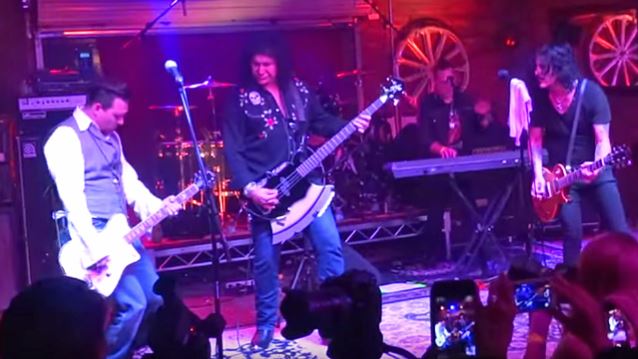 International film star and musician Johnny Depp joined Gene Simmons (KISS), Nuno Bettencourt (EXTREME) and Gilby Clarke (GUNS N' ROSES) on stage last night (Sunday, August 16) at Lucky Strike in Hollywood, California as part of a charity concert for Mending Kids, an organization that provides corrective surgeries for children all over the world. Fans were able to get in by purchasing general admission tickets that cost $150.

Depp said in a statement that he was "thrilled to be a part of an event that benefits children around the globe." He added: "Mending Kids is not only changing the lives of these kids, but making a difference in developing countries that are in need of medical care."

Mending Kids provides life-changing surgical care to children worldwide. Most of the surgeries performed are for congenital heart defects, orthopedic abnormalities, severe scoliosis and significant cranial facial deformities. Between 2006 and 2012, Mending Kids performed free surgeries for over 1200 kids in 54 countries.

Fan-filmed video footage of last night's concert can be seen below (courtesy of Heavy Metal Hill). 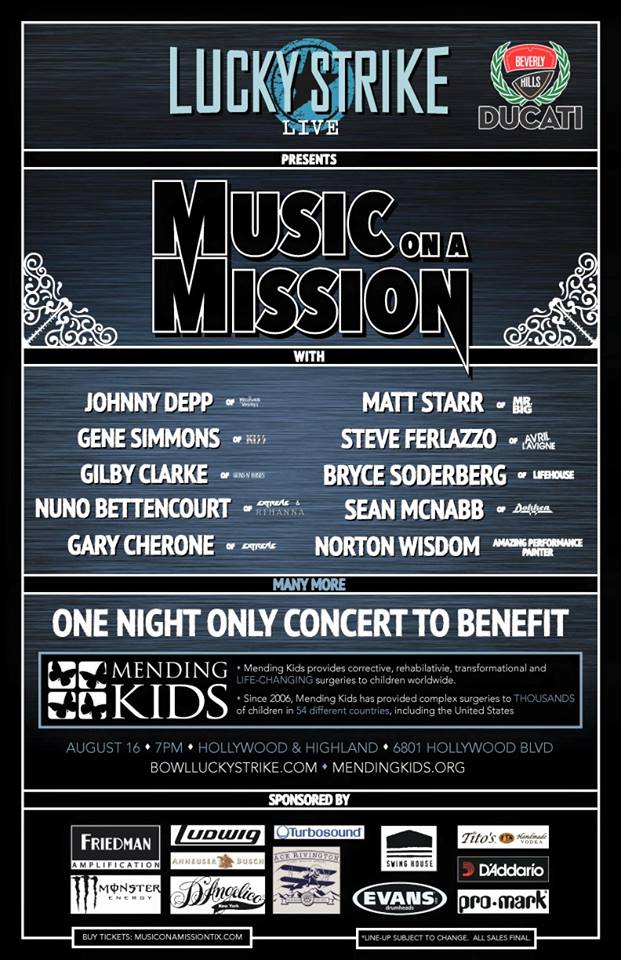