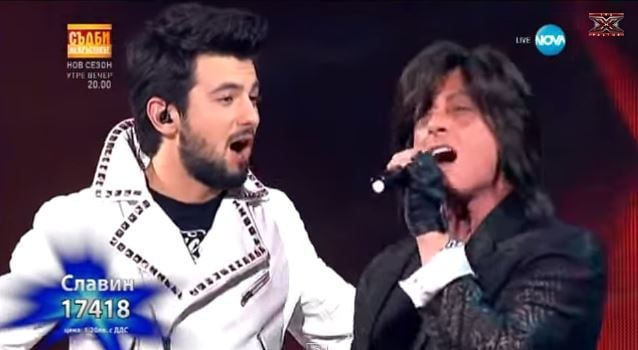 On February 9, former RAINBOW and DEEP PURPLE vocalist Joe Lynn Turner performed the RAINBOW classic "Street Of Dreams" with contestant Slavin Slavchev on the Bulgarian edition of "The X Factor", the television music competition franchise created by Simon Cowell. Video footage of Joe's appearance, which aired live on Nova TV, can be seen below.

Joe Lynn Turner's involvement with the show came about when a friend sent the singer a video of Slavchev belting out an emotional and well-received version of "Can't Let You Go", another song that Turner co-wrote and sang when he was with RAINBOW back in the early '80s. Joe was impressed and tweeted about it. The video went viral among rock fans all over the world.

Turner was actually surprised that "Street Of Dreams" was chosen because it's not the type that contestants on such a mainstream show would perform. However, Joe's Bulgarian fans were not shocked because Turner enjoys superstar status in that country. He's vacationed along the Black Sea and has even looked into the idea of buying a home in the country.

Joe explains: "I [was] honored that they invited me to be a part of this show and sing this very appropriate song with Slavchev. The entire premise of the show is about people following their dream of having their talent recognized by a large audience."