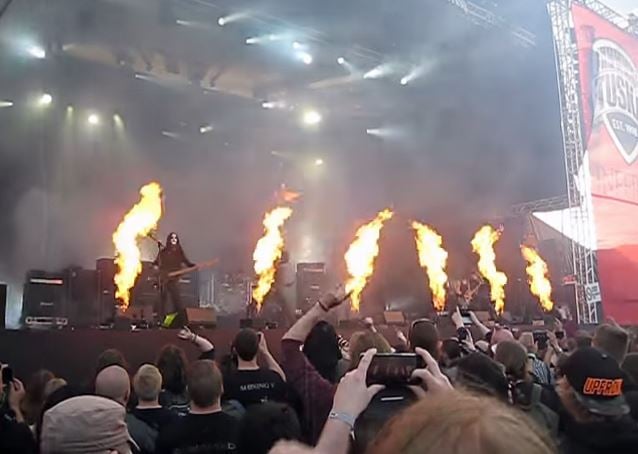 At Tuska, ABBATH premiered a brand new song titled "Fenrir Hunts" alongside classic IMMORTAL material, including "One By One". A handful of songs from Abbath and King's 2006 project I were performed live for the first time.

Abbath announced that he was moving forward under his own name earlier this year. The IMMORTAL frontman and songwriter will enter the studio this summer to record ABBATH's debut album, which will be released in early 2016 via Season Of Mist.