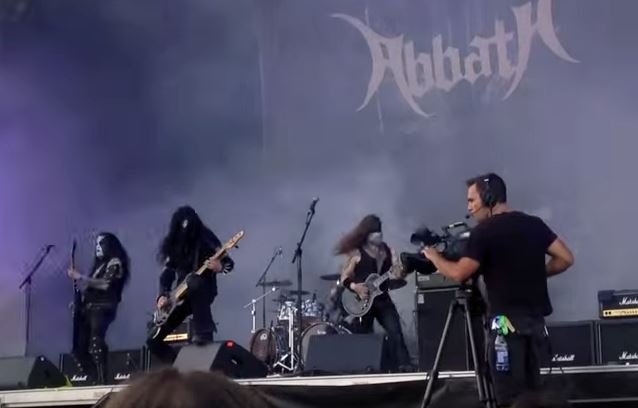 Fan-filmed video footage of ABBATH, the new band led by IMMORTAL frontman Olve Eikemo (a.k.a. Abbath), performing on August 8 at the Heavy Montreal festival in Montreal, Quebec, Canada can be seen below.

ABBATH made its live debut in June at the Tuska open-air metal festival in Helsinki, Finland.

Abbath announced that he was moving forward under his own name earlier this year. The IMMORTAL frontman and songwriter has entered the studio this summer to record ABBATH's debut album, which will be released in early 2016 via Season Of Mist.

At Tuska, ABBATH premiered a brand new song titled "Fenrir Hunts" alongside classic IMMORTAL material, including "One By One". A handful of songs from Abbath and King's 2006 project I were performed live for the first time.