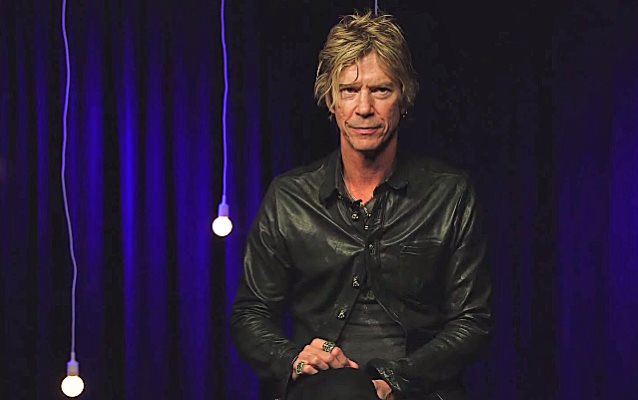 "One thing I've discovered is that [my two daughters] are observing everything I do," McKagan says. "They don't care what I do outside of the house. They could give a rat's ass, really 'cause I'm their nerdy dad. But they still they watch everything. You can't come home and strip down to your underwear and start swearing. You have to keep your shit together at home because they're watching you, and they will, I think, act like you and judge other dudes in their life off of your actions. I felt the weight of that a few years ago when the girls were just approaching teenagerdom."

The bassist released a three-song EP, also called "How To Be A Man", in conjunction with the book's publication. The title track featured former GUNS guitarist Izzy Stradlin and ALICE IN CHAINS axeman Jerry Cantrell.

Speaking about how the two books are different, Duff told Artisan News: "[Writing 'How To Be A Man' didn't involve] the heaviness of digging deep into my own dark soul and figuring out stuff, mistakes I've made. This is… just more a journey into what is a man. Some of the stuff is things I've pulled from columns, or thoughts I've had discussing columns with my editor at Seattle Weekly. Just a whole list of things we discussed over the years. Yeah, it was a lot lighter [subject matter], for sure."