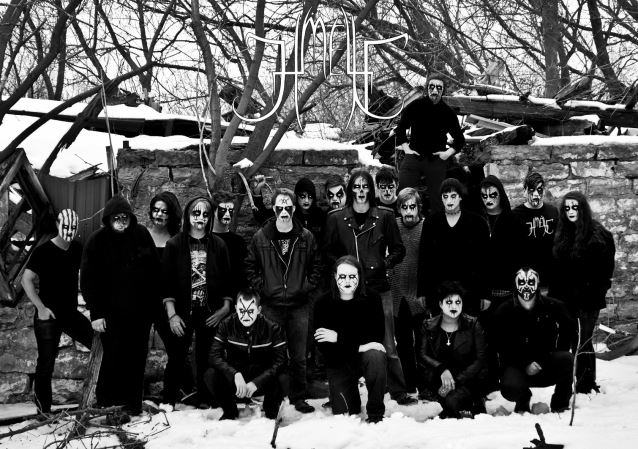 Video footage of the Heavy Metal Ensemble Of Lawrence University (HMELU) performing songs by TESTAMENT, BLIND GUARDIAN, VENOM, METAL CHURCH and FINNTROLL on May 2, 2013 at at the Lawrence University Memorial Chapel in Appleton, Wisconsin can be seen below.

According to The Lawrentian, the Heavy Metal Ensemble Of Lawrence University is "a unique ensemble of twenty-two musicians which made its first appearance in 2006 and consisted of drums, guitar and low winds and then went into hiatus until current senior Calvin Armstrong revived the ensemble last school year, 2011-2012, for HMELU's first large group performance as well as the small group concert 'Dopesmoker'.

"HMELU has become quite a culture within the Conservatory, with its artistic use of corpse paint for every musician and the now-iconic photographs of the ensemble around campus. This year introduced new metal names for each musician; every member chose a name from mythology, often Norse, phrases translated from Norwegian, Finnish and Icelandic languages or names from existing bands' members."