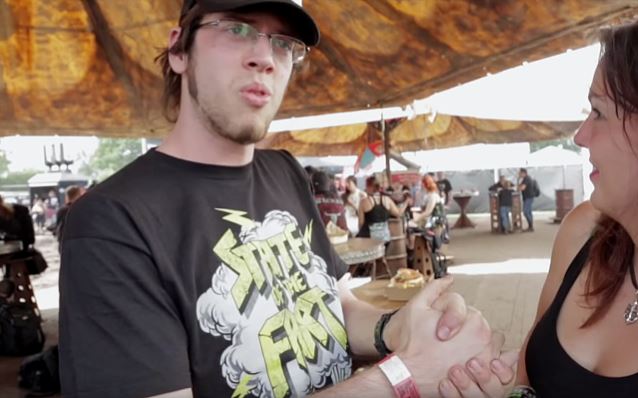 Video footage of a SLAYER fan from State Of The Fart performing a "hand-fart" version of the band's classic song "Raining Blood" at last weekend's Wacken Open Air in Wacken, Germany can be seen below.