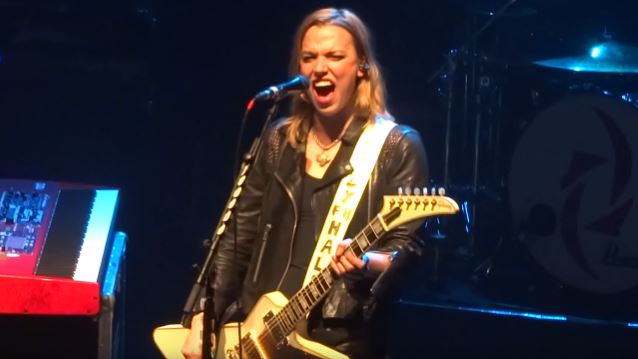 HALESTORM performed its entire third album, "Into The Wild Life", last night (Tuesday, August 18) at Koko in London, England. Fan-filmed video footage of the concert can be seen below.

"Into The Wild Life" was released on April 14. Singer Lzzy Hale told The Pulse Of Radio that making the record was a satisfying experience for her and the band. "It was a lot of fun," she said. "It was such a freeing process 'cause it really didn't feel like we were — 'we're recording an album now, guys!' It just — we were in this big, overhauled church, you know, so it didn't feel like we were in a studio and there was just every instrument everywhere. There was a piano and everything was all set up so it's like, whatever you wanted to do, you could just do."

HALESTORM's "Amen" last month tied the mark established by THE PRETTY RECKLESS when "Follow Me Down" became its third No. 1 on the chart dated May 2. 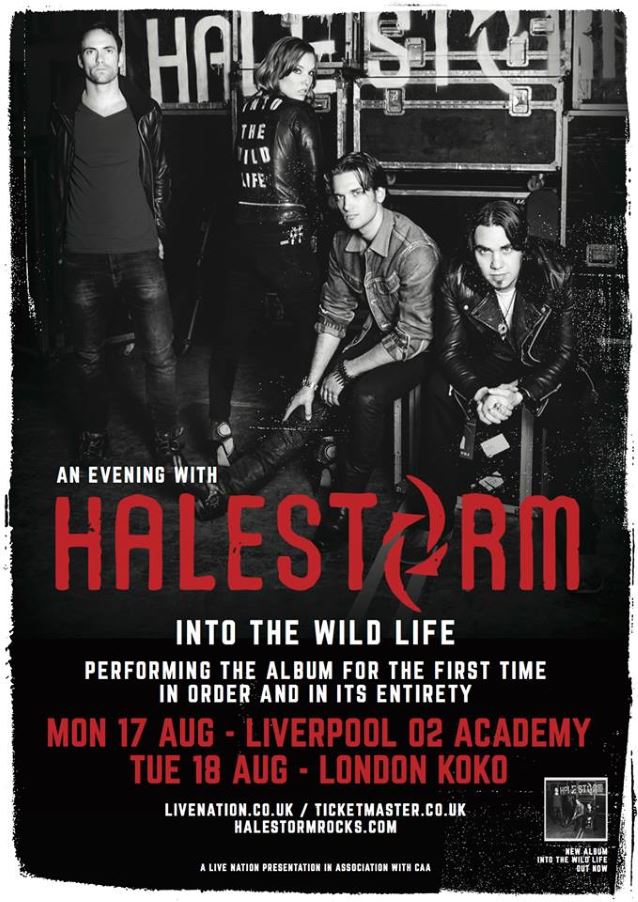