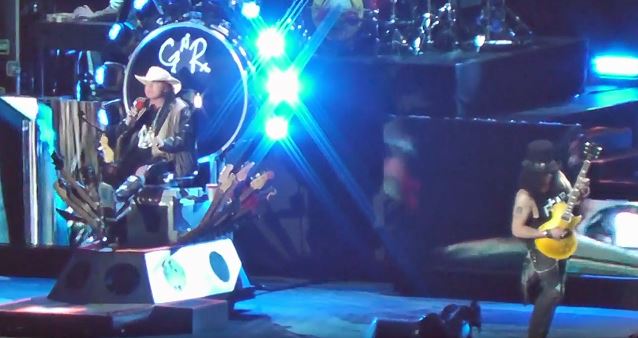 Fan-filmed video footage of GUNS N' ROSES' April 19 concert at Foro Sol in Mexico City can be seen below.

For this, GN'R fifth appearance since the reunion of singer Axl Rose, guitarist Slash and bassist Duff McKagan, Rose was still confined to a throne after snapping his metatarsal bone while singing during the Troubadour reunion show on April 1. It is apparently the same custom throne Dave Grohl used last year for FOO FIGHTERS concerts after breaking a leg.

Only Rose, Slash and McKagan from GN'R's "Appetite For Destruction"-era lineup took part in the five shows the band has played this month. They were joined by keyboardist Dizzy Reed, guitarist Richard Fortus and drummer Frank Ferrer. Also appearing with them was second keyboardist Melissa Reese.

GUNS N' ROSES is scheduled to play one more show at Coachella next weekend and one more gig in Mexico City later this week. A full North American tour is on tap for this summer.

GUNS N' ROSES is getting a reported $8 million for its two appearances at Coachella and an average of $2.75 million per show on the tour.

GUNS N' ROSES has sold 44.5 million albums in the United States, according to the RIAA (Recording Industry Association Of America). 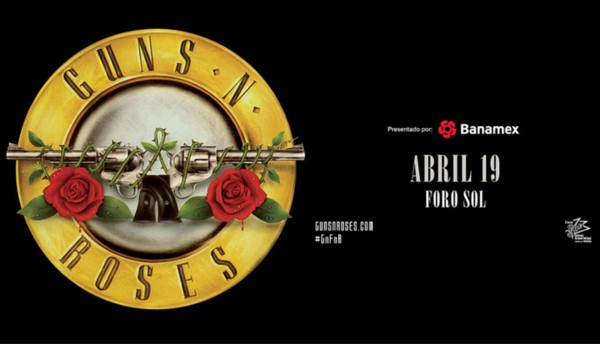