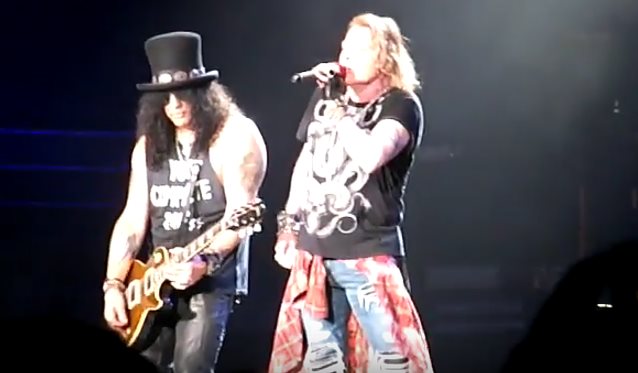 Fan-filmed video footage of GUNS N' ROSES' January 22 performance at the Kobe World Memorial Hall in Kobe, Japan can be seen below.

The "Not in This Lifetime" tour sold more than three million tickets in 2016, making it the year's most successful rock tour.

As previously reported, GUNS N' ROSES is coming back to North America next summer for at least another 15 stadium dates, as the band continues its reunion tour. The new North American run kicks off on July 27 in St. Louis, ending on September 8 in San Antonio. 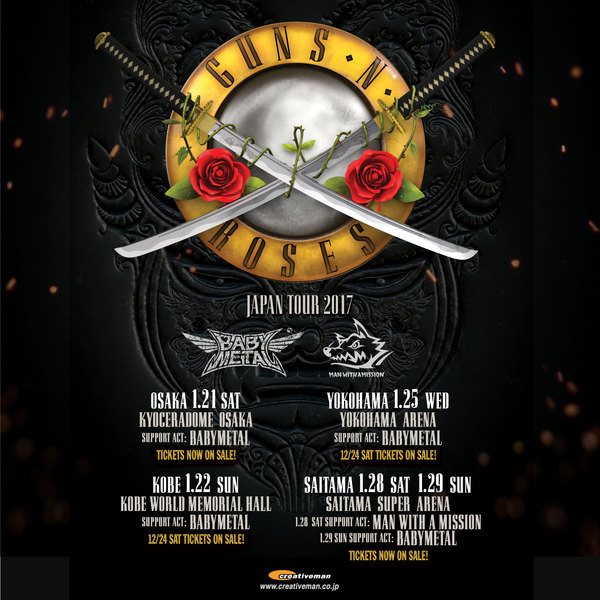