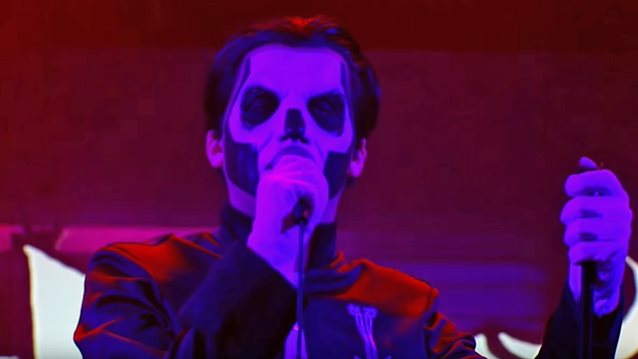 Swedish occult rockers GHOST played a three-song acoustic set at this year's Bandit Rock Awards on January 19 at Hard Rock Café in Stockholm, Sweden. You can now watch professionally filmed video footage of the performance — featuring the songs "Jigolo Har Megiddo", "He Is" and "If You Have Ghosts" — below.

GHOST is among the nominees for the 58th annual Grammy Awards, which will be held on February 15 at Staples Center in Los Angeles and broadcast on CBS at 8 p.m. ET. GHOST is nominated for the song "Cirice", from the band's third album, "Meliora".

"Meliora" was released on August 21, 2015 via Loma Vista Recordings. The CD was helmed by Klas Åhlund, a prolific songwriter, producer and guitarist who is also a member of the Swedish rock band TEDDYBEARS, and was mixed by Andy Wallace (SLAYER, NIRVANA, SEPULTURA, LINKIN PARK, GUNS N' ROSES).