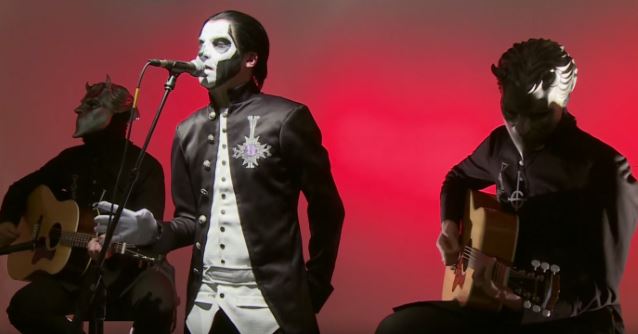 Swedish occult rockers GHOST recently played an acoustic version of the song "If You Have Ghosts" by Roky Erikson at the studios of "HardDrive Radio". You can watch video footage of the performance below.