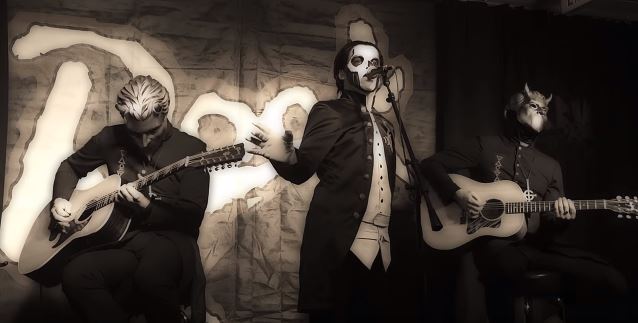 "Iron" Mike Savoia of Savoia Concert & Event Photography has uploaded video footage of GHOST's October 20 acoustic performance for the KISW 99.9 FM radio station in Seattle, Washington. Check it out below.