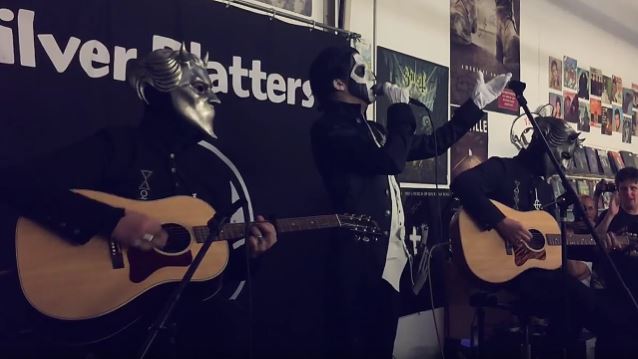 "Iron" Mike Savoia of Savoia Concert & Event Photography has uploaded video footage of the first show of the "Unholy/Unplugged" tour by Swedish occult rockers GHOST, which took place on Tuesday, August 18 at Silver Platters in Seattle, Washington. Check it out below.