Fan-filmed video footage of the Geoff Tate-fronted version of QUEENSRŸCHE performing on March 30 at Brewster Street Icehouse in Corpus Christi, Texas can be seen below (courtesy of Chris Ramon / GSXRC1300 on YouTube).

Geoff Tate — who was fired from QUEENSRŸCHE in 2012 after fronting it for three decades — and his former bandmates recently requested more time to hammer out a settlement in their legal battle over the rights to the group's name.

King County Superior Court Judge Beth Andrus signed a new order continuing trial date, allowing the parties four more weeks to come to an agreement over the use of the QUEENSRŸCHE name and its associated trademarks. 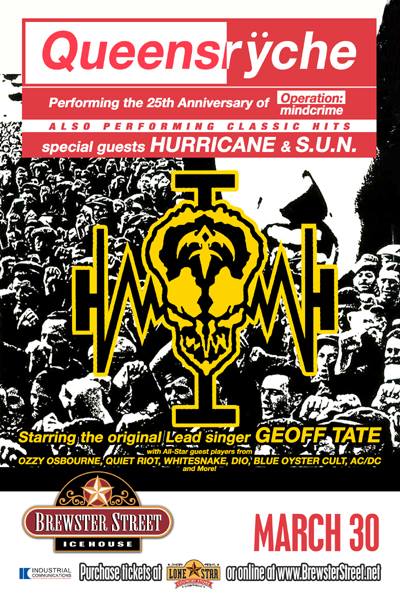