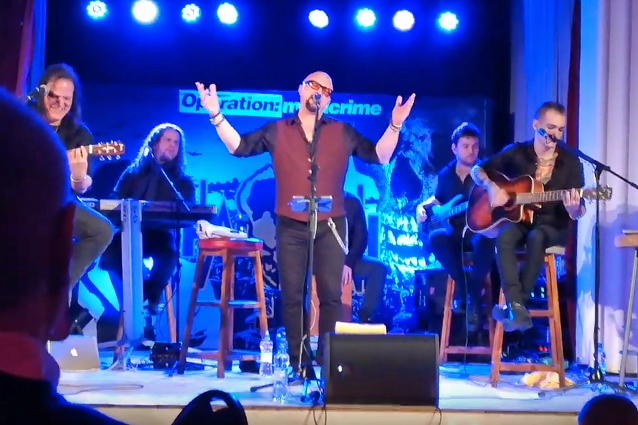 Video footage of former QUEENSRŸCHE singer Geoff Tate performing an acoustic version of the band's classic song "I Don't Believe In Love" on December 20 in Dessau, Germany can be seen below.

For most of 2018, Tate has celebrated the 30th anniversary of QUEENSRŸCHE's "Operation: Mindcrime" by performing the iconic concept album live in its entirety.