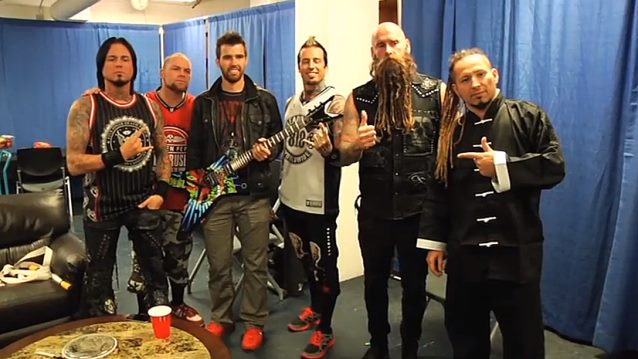 Behind-the-scenes footage of the "Lift Me Up Diamond Meet & Greet VIP Package" from a recent show on FIVE FINGER DEATH PUNCH's current tour can be seen below.

Everyone who purchases a "Lift Me Up Diamond Meet & Greet VIP Package" automatically gets entered to win a one-of-a-kind FIVE FINGER DEATH PUNCH custom-designed motorcycle built by Murder Machine.

FIVE FINGER DEATH PUNCH has unleashed a game-play video for its new single, "Battle Born". The action-packed clip was created by Machinima director Jackfrags and based on the popular "Battlefield 4" video game.

"Volume 1" has sold more than 233,000 copies to date. FIVE FINGER DEATH PUNCH's three previous albums have all gone gold for sales of 500,000 copies or more. 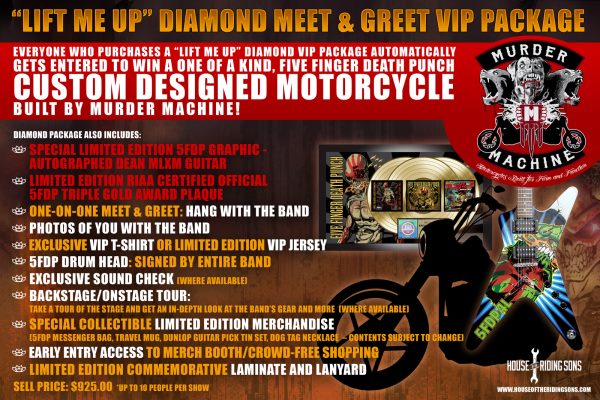