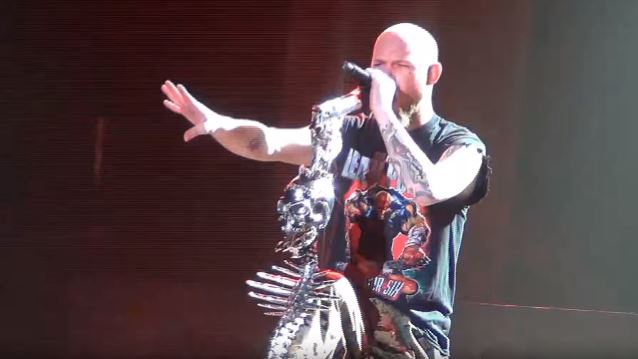 FIVE FINGER DEATH PUNCH held a moment of silence and played "The Bleeding" in tribute to the victims of the November 13 Paris terror attacks during their concert on November 17 at the Heineken Music Hall in Amsterdam, The Netherlands. Fan-filmed video footage of the performance can be seen below.

FIVE FINGER DEATH PUNCH canceled a show in Milan, Italy on November 22 amidst rumors that the Islamic State (ISIS) was planning to attack the show as part of a series of multiple attacks spread across several countries.

The rumors of the attacks came a week after a deadly terrorist attack at seven locations in Paris, including an EAGLES OF DEATH METAL concert where 89 people were killed.

A number of artists halted their European treks in the wake of the Paris attacks, including FOO FIGHTERS, DEFTONES, LAMB OF GOD and others. 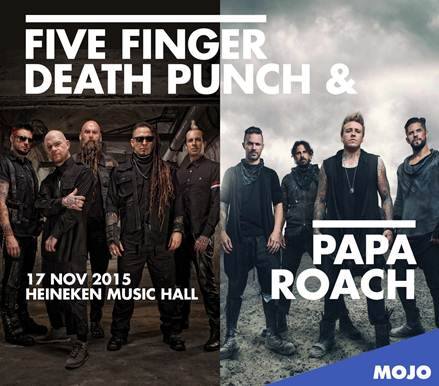