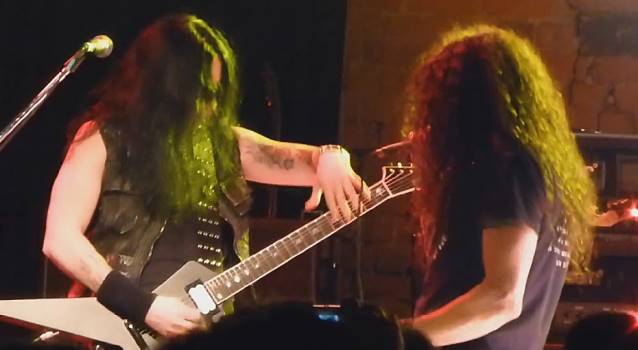 Fan-filmed video footage of guitar virtuoso Gus G. — well known in rock and metal circles for his work as Ozzy Osbourne's guitarist and as leader of his own band FIREWIND — performing this past Saturday, March 8 at Block 33 in Thessaloniki, Greece can be seen below. Gus was joined at the gig by acclaimed Swedish hard rock vocalist Mats Levén (CANDLEMASS, ex-YNGWIE MALMSTEEN, THERION).

Gus G.'s debut solo album, "I Am The Fire", will be released on March 18 in North America via Century Media Records. 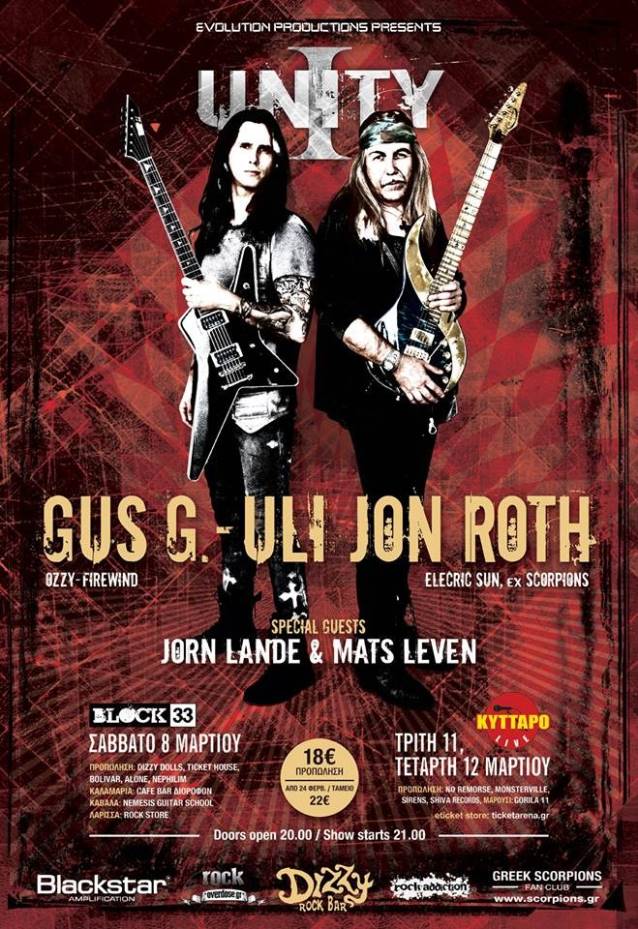