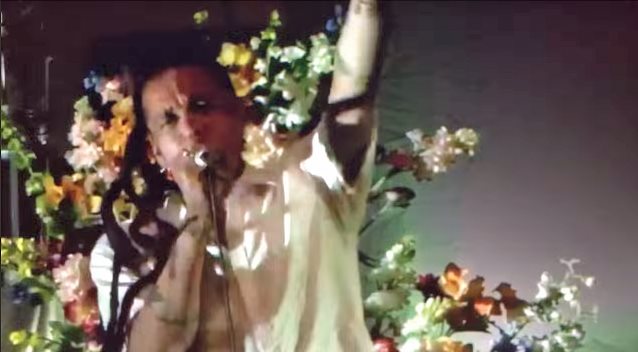 Ex-FAITH NO MORE vocalist Chuck Mosley rejoined his former bandmates on stage last night (Friday, May 8) in Detroit, Michigan for a performance of the song "Mark Bowen". Video footage of his appearance can be seen below.

With Mosley at the helm, FAITH NO MORE became one of the '80s' leading underground bands on the strength of 1985's "We Care a Lot" and 1987's "Introduce Yourself". Despite exiting the group in 1988 under less-than-friendly circumstances, the Ohio-based Mosley is now friendly with most of his former FNM bandmates and had joined them on stage several other times in recent years.