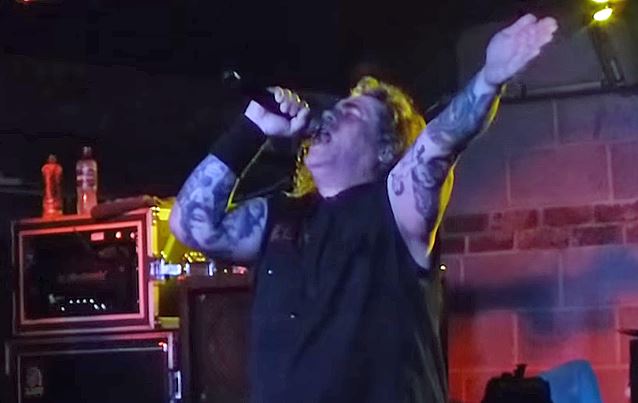 Fan-filmed video footage of EXODUS's March 3 performance at Fibbers in York, United Kingdom can be seen below.

EXODUS guitarist Gary Holt is unable to take part in the band's current European trek due to his commitments with SLAYER. Filling in for him once again is HEATHEN guitarist Kragen Lum.

"Blood In Blood Out" is EXODUS' first album since the departure of the band's lead singer of nine years, Rob Dukes, and the return of Steve "Zetro" Souza, who previously fronted EXODUS from 1986 to 1993 and from 2002 to 2004. 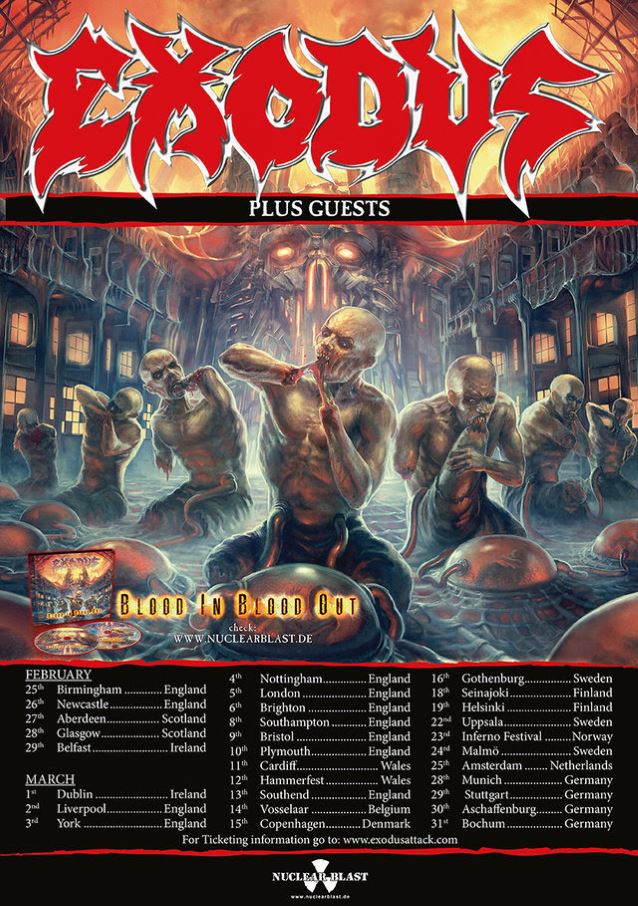