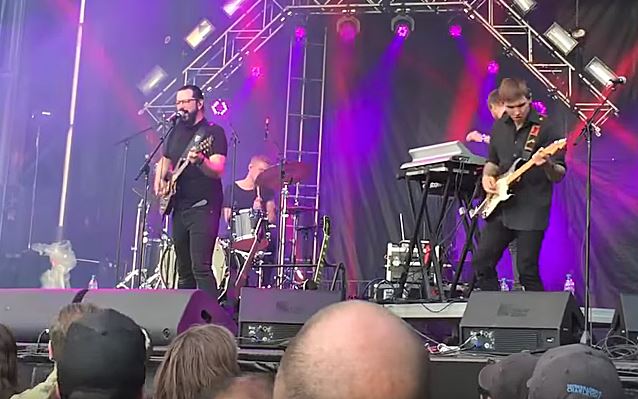 EMPEROR frontman Ihsahn (real name: Vegard Sverre Tveitan) played a brand new song, "My Heart Is Of The North", from his forthcoming solo album during his set at this year's edition of the Heavy Montreal festival in Montreal, Quebec, Canada. Fan-filmed video footage of the performance can be seen below.