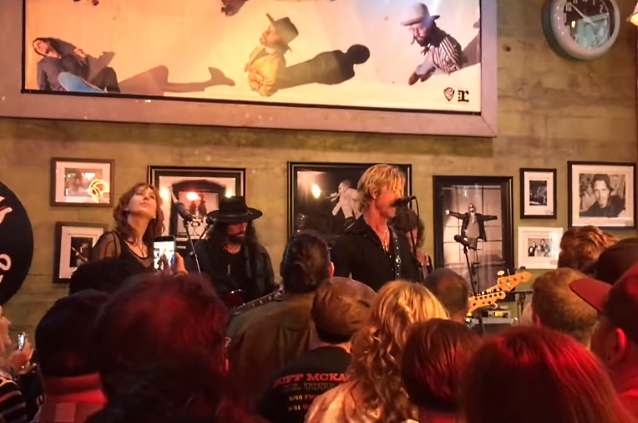 On June 18, GUNS N' ROSES bassist Duff McKagan took part in an in-store performance at Easy Street Records in Seattle, Washington. Video footage of the event can be seen below (courtesy of YouTube user "woodlawn1477").

Duff's new solo album, "Tenderness", came out on May 31. McKagan and Shooter Jennings began recording "Tenderness" more than a year ago, working out of Station House studios, located in Echo Park, California, where they wrote and recorded in-between McKagan's tour with seminal rock band GUNS N' ROSES and the release of Jennings's eponymous album, "Shooter". "Tenderness" features Jennings and his band along with appearances by The Waters and The Suicide Horn Section (which features Duff's brother Matt McKagan on trombone), amongst others.