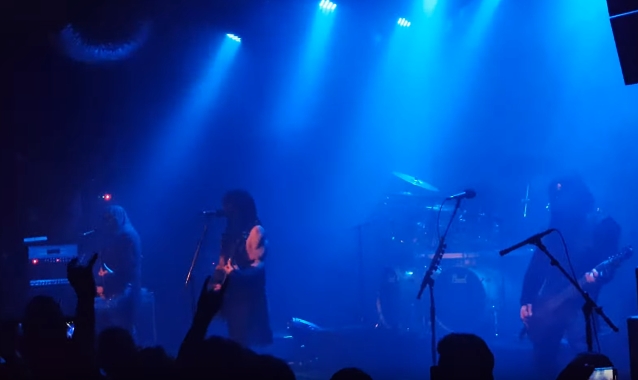 Video footage of current UNCLE ACID & THE DEADBEATS and former JOB FOR A COWBOY and SCORPION CHILD drummer Jon Rice filling in for BEHEMOTH's Inferno in Tel Aviv, Israel and Istanbul, Turkey, can be viewed below. Inferno missed the dates due to an undisclosed injury but is expected to rejoin BEHEMOTH for their upcoming dates in Australia.

After the 2017 tour was completed, BEHEMOTH frontman Adam "Nergal" Darski stated about Rice: "Filling in for Zbigniew Promiński, matching his charisma on stage and style is almost impossible. But you did GREAT job, brother, and the whole band, including Inferno himself, are very thankful for all the dedication and professionalism."

BEHEMOTH is continuing to tour in support of its latest studio album, "I Loved You At Your Darkest", which was released last October via Metal Blade.