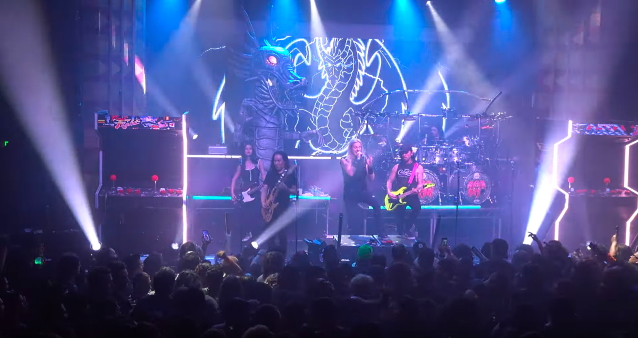 DRAGONFORCE played its second show with drummer Aquiles Priester (ANGRA, TONY MACALPINE, W.A.S.P.) this past Friday night (March 6) at The Regent Theater in Los Angeles, California. Fan-filmed video footage of the concert, which featured a guest appearance by Tosin Abasi (ANIMALS AS LEADERS) and Tim Henson (POLYPHIA) for the banjo-inflected tribute to the video game Farming Simulator, can be seen below.

Priester is filling in for regular DRAGONFORCE drummer Gee Anzalone. who is forced to miss the band's current U.S. tour due to health issues.

Anzalone's absence from the trek was announced on March 2 via DRAGONFORCE's social media. The band wrote: "DRAGONFORCE are sad to announce that drummer Gee Anzalone will not be performing on the upcoming US tour. Gee has been hospitalised for Myocarditis, an inflammation of the heart muscle. Virtuoso drummer Aquiles Priester will perform on the upcoming DRAGONFORCE US Tour while Gee recovers."

Guitarist Herman Li added in a statement: "We will miss our brother Gee on the upcoming U.S. tour, but health is most important. We wish Gee a speedy recovery and we know he will be back on tour with us soon. We want to thank our friend Aquiles for stepping up and helping us out on short notice."

DRAGONFORCE's U.S. tour will end on March 21 in Brooklyn, New York. Support on the trek is coming from UNLEASH THE ARCHERS and VISIONS OF ATLANTIS. 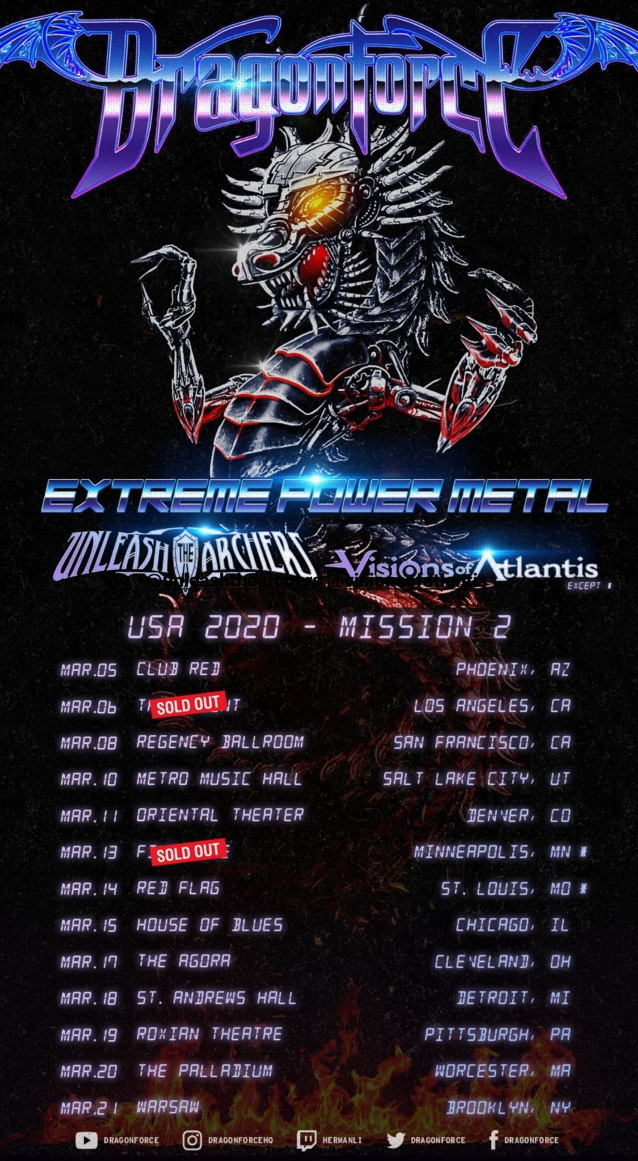