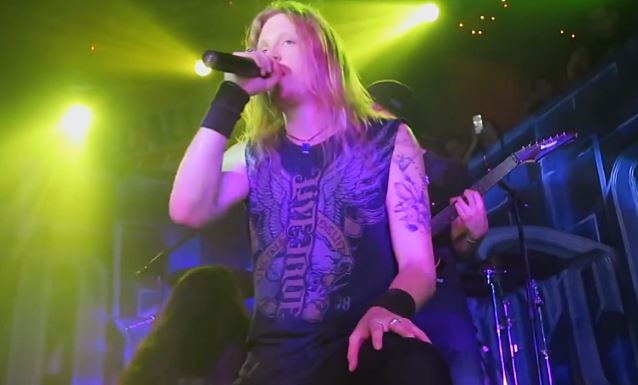 Fan-filmed video footage of DRAGONFORCE's first-ever concert in Puerto Rico, which took place this past Saturday, March 14 at Shannan's in San Juan, can be seen below.

DRAGONFORCE will release its debut DVD, "In The Line Of Fire", on July 10. Shot in high definition during the band's show at 2014’s Loud Park festival at the Saitama Super Arena in Tokyo, Japan, the DVD was filmed using nine camera angles to capture the raw energy of DRAGONFORCE's show and instrumental dexterity for which they are rightly celebrated worldwide.