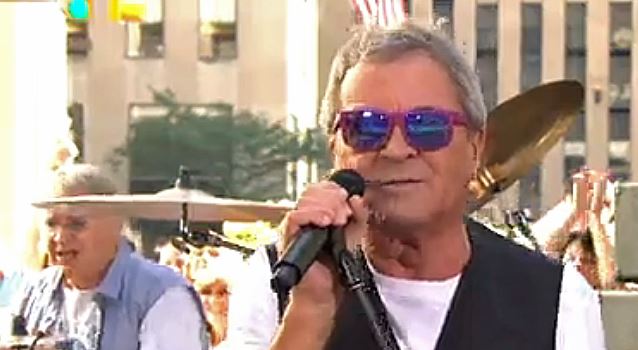 DEEP PURPLE performed its classic song "Smoke On The Water" this morning (Thursday, July 23) on NBC's "Today" show at New York City's Rockefeller Plaza. You can watch video footage of the band's appearance below.

"We've kept in touch with Bob," DEEP PURPLE bassist Roger Glover told Ultimate Classic Rock. "Bob has actually become a very good friend. He really enjoyed making the record with us, so it's a no-brainer really that we're going to do it again."