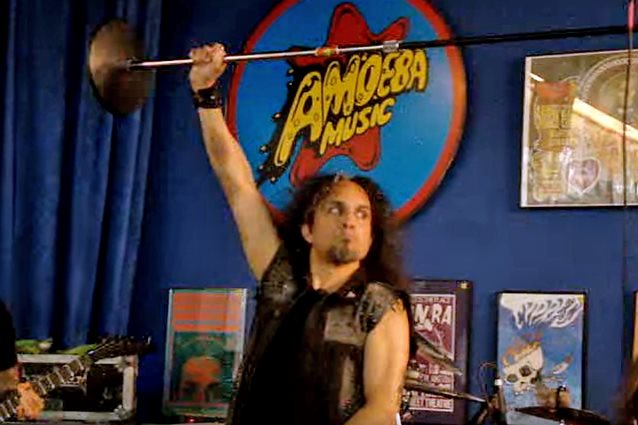 DEATH ANGEL took part in a live performance and signing session on Thursday, May 26 at the Amoeba Music record store in San Francisco, California. Video footage of the band's five-song set can be seen below (courtesy of Walter Morgan).

DEATH ANGEL's new album, "The Evil Divide", was released on May 27 via Nuclear Blast. The CD was once again recorded at AudioHammer studios in Sanford, Florida with producer Jason Suecof (TRIVIUM, DEICIDE), who previously worked on 2010's "Relentless Retribution" and 2013's "The Dream Calls For Blood". Mastering duties were handled by Ted Jensen at Sterling Sound in New York City. The cover artwork was created by Tyrrell.

DEATH ANGEL guitarist Rob Cavestany told I Probably Hate Your Band about how "The Evil Divide" compares to "Relentless Retribution" and "The Dream Calls For Blood": "'The Evil Divide' is an evolution and departure from those two albums. Initially, it was going to be a Part 3, but the album went in its own direction, and there was no point in trying to force a connection, so we let it become its own monster, and I'm very happy it became that way."

Cavestany also talked about DEATH ANGEL's continued working relationship with Suecof. He said: "We get along great, both personally and in a working relationship. Our co-producing team seems to be quite a fine match, and we figured we would be able to outdo what we had done before, because we're used to it, and everything about our chemistry is on fire. So, yeah, we set out to outdo what we had done before."

Regarding the songwriting process for "The Evil Divide", Cavestany said: "I [got] the chance to write at home more. But part of it was written on the road, and practically all of it was influenced by the road. I wrote some of it at home after we finished 'The Dream Calls For Blood', then wrote a bit while we were out on tour for that album, and mostly decided to soak up the inspiration from being on tour and travelling. Then in the final six weeks before entering the recording studio, I cranked out the second half of the album." 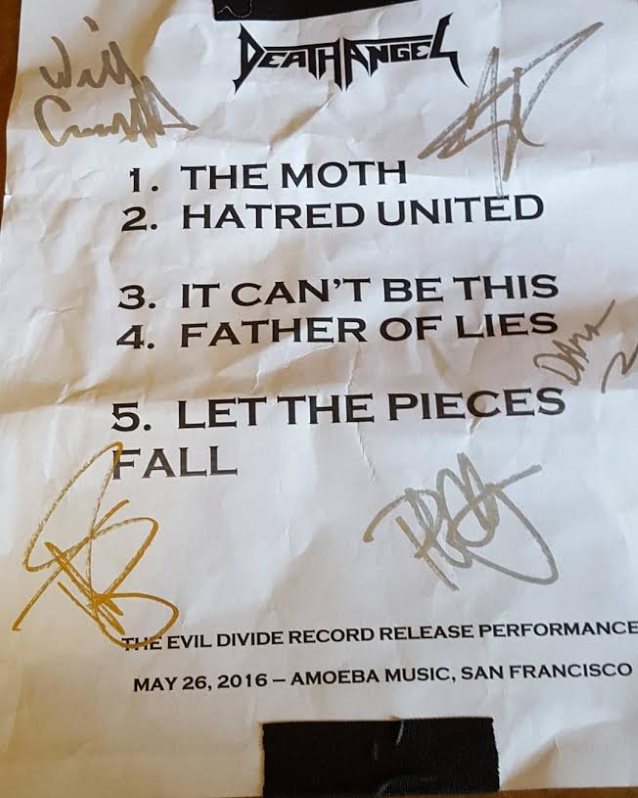 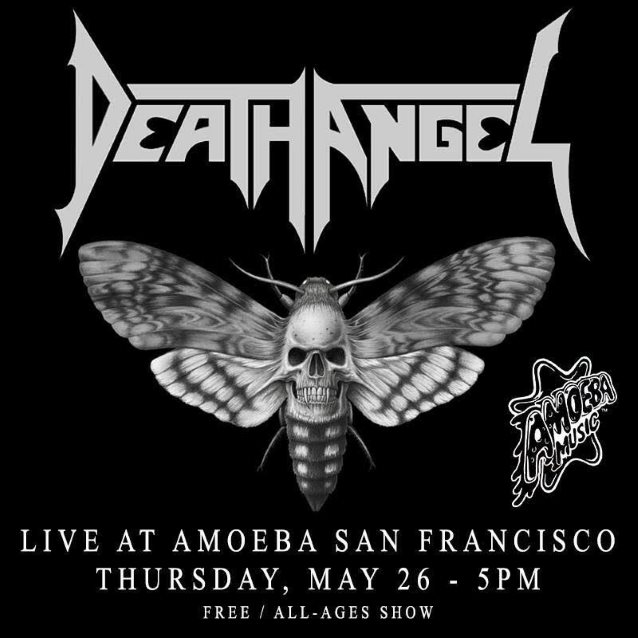