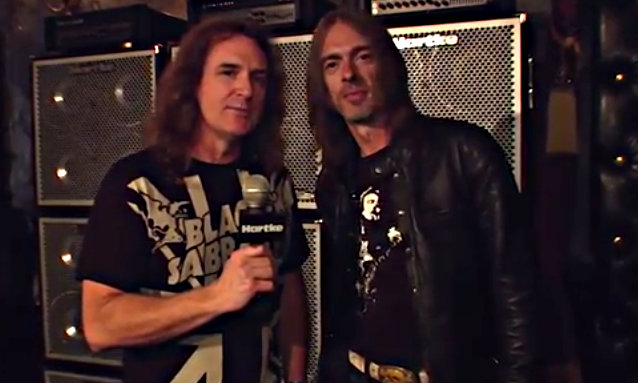 In early November, David Ellefson (MEGADETH) conducted an interview with Rex Brown (PANTERA, KILL DEVIL HILL, DOWN) at the 2013 Bass Player Live! award show and concert at the Fonda Theatre in Hollywood, California. You can now watch the chat below.