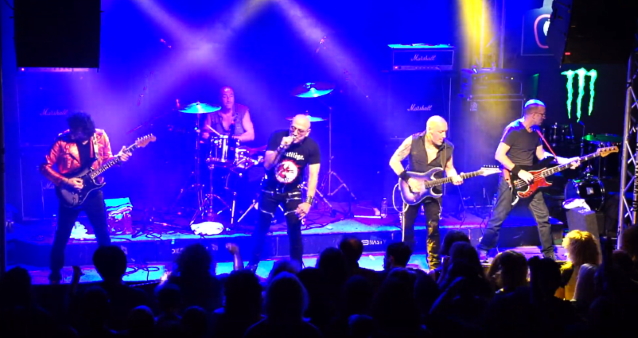 Classic French heavy metal band SORTILÈGE performed at the Into Battle Fest Vol. III on December 14, 2019 at the Kyttaro club in Athens, Greece. Fan-filmed video footage of the concert can be seen below.

SORTILÈGE will play exclusive original lineup reunion shows — including guitarist and main composer Stéphane Dumont — on this year's 70000 Tons Of Metal cruise, which will sail January 7 to January 11.

SORTILÈGE's lineup for 70000 Tons Of Metal is expected to be as follows:

SORTILÈGE one of DEATH leader Chuck Schuldiner's favorite bands, and he proudly wore his SORTILÈGE t-shirt at various concerts prior to his untimely passing in 2001. 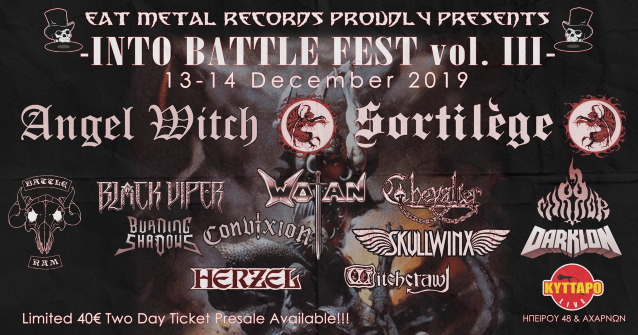