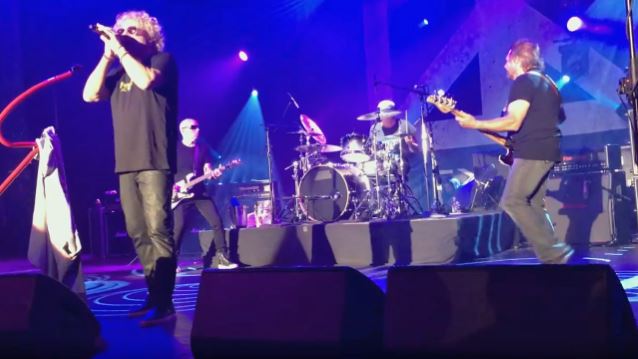 CHICKENFOOT debuted a brand new song, "Divine Termination", this past Saturday night (May 7) at the first of the band's two shows at Harrah's Lake Tahoe. The concerts, which took place over Cinco de Mayo weekend, marked the supergroup's first reunion shows in more than six years.

The group, which includes legendary guitarist Joe Satriani, former VAN HALEN singer Sammy Hagar, ex-VAN HALEN bassist Michael Anthony and RED HOT CHILI PEPPERS drummer Chad Smith, last performed together during a surprise three-song encore at Hagar's 2014 birthday bash in Las Vegas. The concerts on May 7 and May 8 in Tahoe were the first time in over six years that the band reunited for an entire concert.

CHICKENFOOT has not made a CD in five years but recently returned to the studio to record "Divine Termination", to be released later in the year.

Satriani recently told The Oakland Press that he is not holding his breath for a new album from CHICKENFOOT. "It'll always be upsetting to me, the fact [the band] is under-realized," Satriani said. "That befuddles me still. However, the other guys do have plenty of things to do, and I suppose maybe I get it. But when I think about it from an artistic point of view, it just seems ridiculous that we didn't do more. It just seems completely wrong." 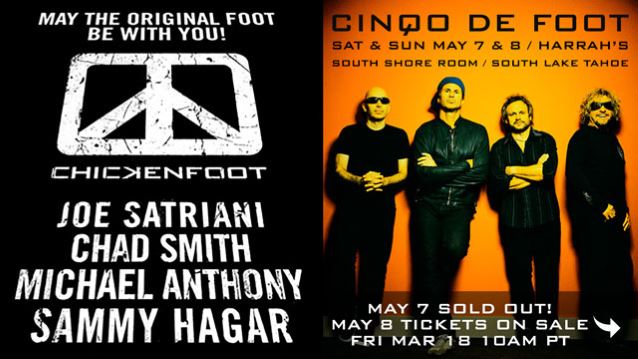