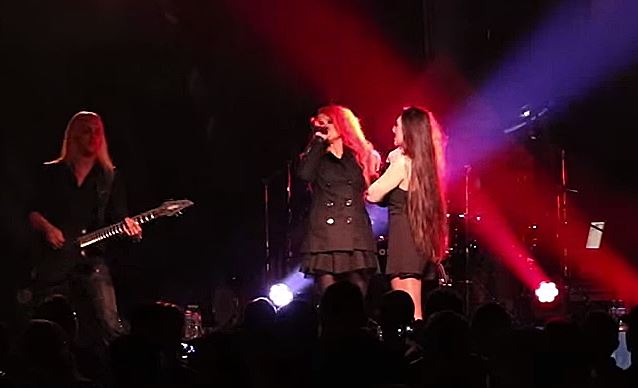 Heidi Shepherd, one of the two vocalists for the five-piece Los Angeles-based heavy-metal ensemble BUTCHER BABIES, joined Swedish melodic metallers AMARANTHE on stage on November 27 at Ace Of Spades in Sacramento, California to perform the AMARANTHE song "True". Video footage of her appearance can be seen below (courtesy of Capital Chaos TV).

AMARANTHE has just returned to the U.S. on an epic headline tour with BUTCHER BABIES in tow.

Speaking about AMARANTHE's upcoming follow-up to 2014's "Massive Addictive" album, guitarist Olof Mörck told Louder Noise: "As soon as we're done with something, we start to figure out the next level, when it comes to the live show and for the next record and that whole thing. So, absolutely, as soon as we stopped and we finished 'Massive Addictive', we started to plan the next album. So it's gonna be… It's definitely gonna be next year. I'm always a little bit careful about saying too much, because if something gets pushed back, then everyone can become really disappointed. But in terms of the release windows and how often we have releases, for us, we're not really forcing anything; it's more the opposite. We're always trying to hold back. And when we started to write for the upcoming album, it was almost a year of not writing any music. So we're really, really excited to be working on that right now."

BUTCHER BABIES' second album, "Take It Like A Man", was released on August 21 via Century Media. The CD was produced by Logan Mader, who has previously worked with FIVE FINGER DEATH PUNCH, DEVILDRIVER, CAVALERA CONSPIRACY and GOJIRA. 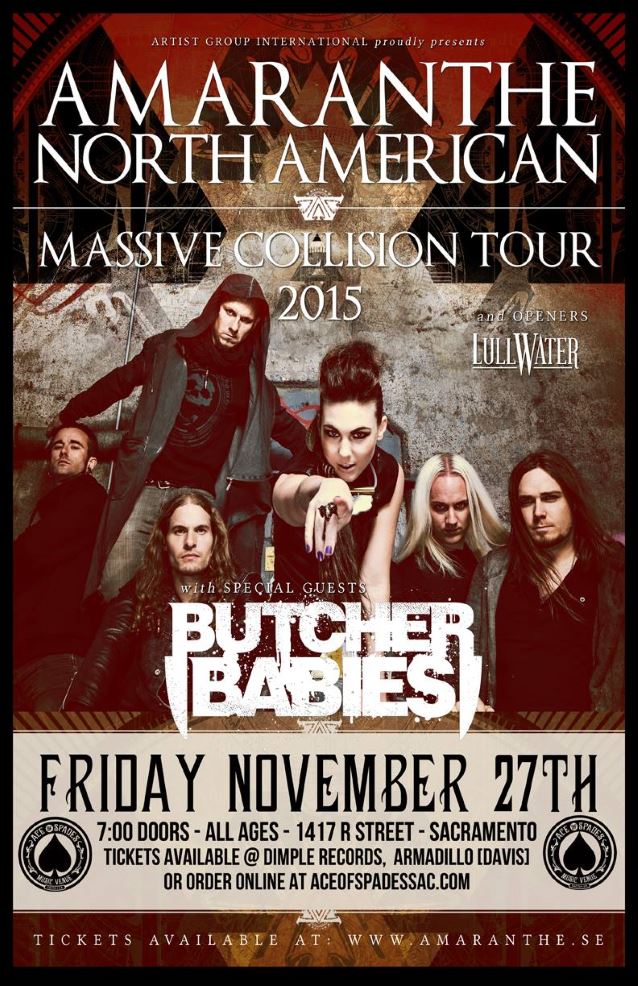