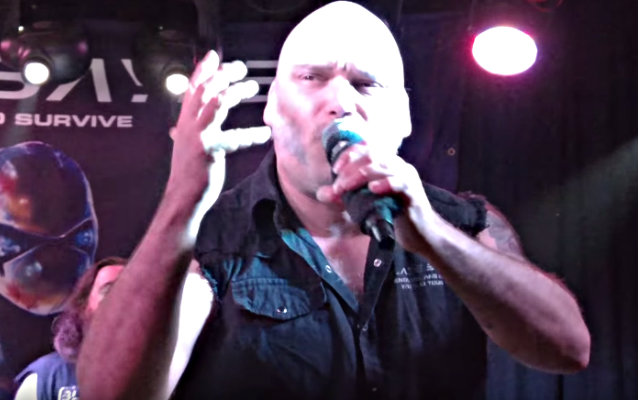 Fan-filmed video footage of British heavy metal vocalist Blaze Bayley (IRON MAIDEN, WOLFSBANE) performing on May 9 at Lemmy in Kaunas, Lithuania can be seen below.

Bayley's ninth solo album, "Endure And Survive", was released on March 3 via Blaze Bayley Recording. The disc was recorded at Birmingham, England's Robannas Studios and said to be "an exciting and enthralling sequel" to his 2016 release "Infinite Entanglement", which was the first of a trilogy of releases following a sci-fi concept and storyline.