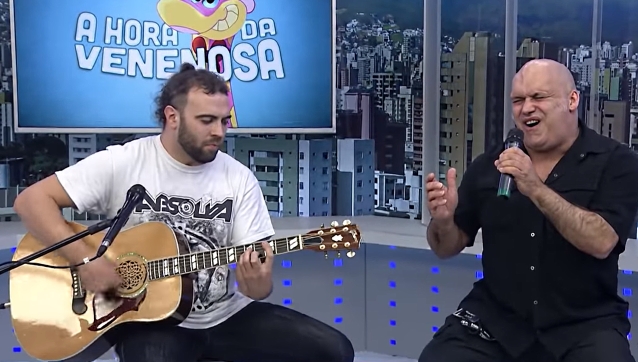 Bayley will release the "Live In France" live album and DVD on March 1. The set will contain a recording of Blaze's May 25, 2018 and May 26, 2018 concerts at Chez Paulette, near Nancy, France.

The 55-year-old Bayley, who was born in Birmingham, was the original frontman in WOLFSBANE, but left in 1994 to join IRON MAIDEN. He recorded two studio albums with the Steve Harris-led group — 1995's "The X Factor" and 1998's "Virtual XI" — before Bruce Dickinson returned to the band.

The third album in Blaze's "Infinite Entanglement" trilogy was released in March 2018. Titled "The Redemption Of William Black", it was the tenth album of Blaze's solo career.