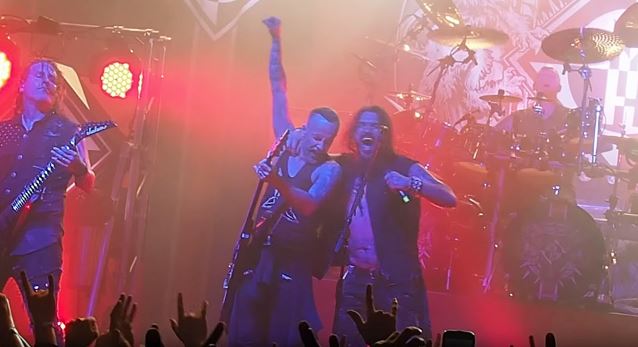 BEHEMOTH frontman Adam "Nergal" Darski joined MACHINE HEAD on stage last night (Sunday, September 13) at Klub B90 in Gdansk, Poland to perform the song "Davidian". Fan-filmed video footage of his appearance can be seen below.

MACHINE HEAD's latest album, "Bloodstone & Diamonds", sold around 18,200 copies in the United States in its first week of release to debut at position No. 21 on The Billboard 200 chart. Released on November 10, 2014 via Nuclear Blast Entertainment, the CD was produced by Robb Flynn and Juan Urteaga, and like the last seven of eight MACHINE HEAD albums, was masterfully mixed by Colin Richardson. Additional tracking, editing, and mixing was done with Andy Sneap (MEGADETH, EXODUS, TESTAMENT, ARCH ENEMY) and Steve Lagudi.

MACHINE HEAD's shows in Los Angeles (February 20 at The Regent) and San Francisco (February 21 at The Regency Ballroom) were filmed for a new concert DVD.

MACHINE HEAD's last concert DVD, "Elegies", was recorded at the Brixton Academy in London, England in December 2004 and was made available in October 2005. In addition to concert footage, the DVD featured film clips and a short documentary about the making of the band's "Through The Ashes Of Empires" album. 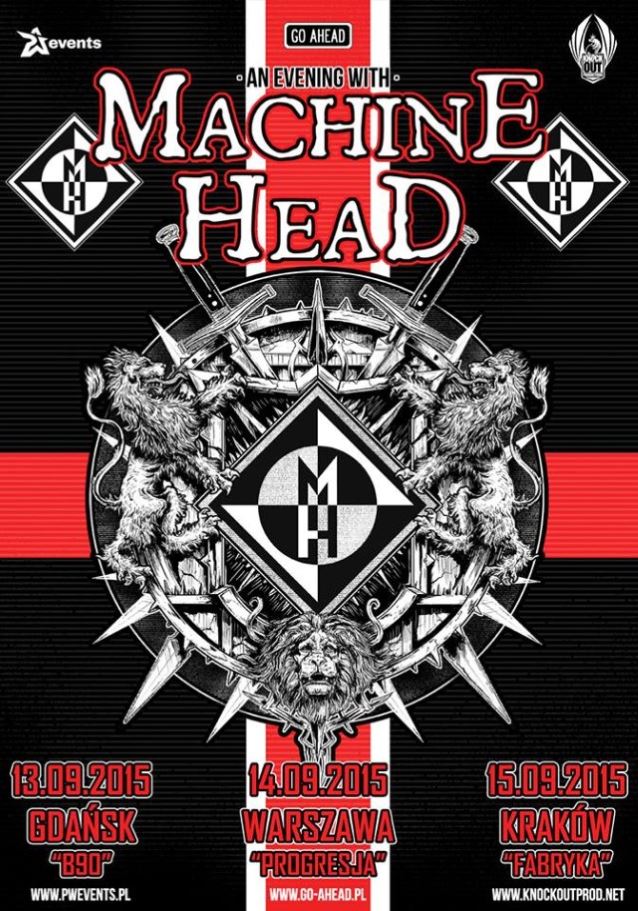