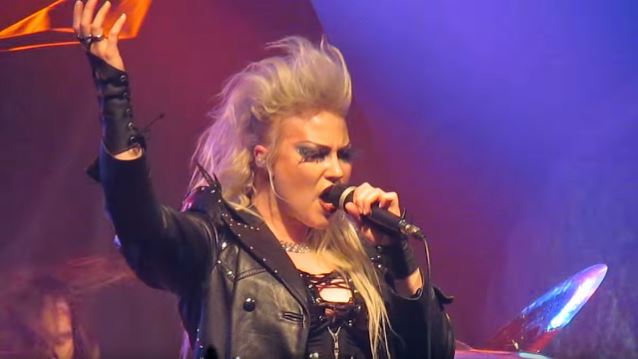 Fan-filmed video footage of vocalist Noora Louhimo of Finnish metallers BATTLE BEAST performing AC/DC and BON JOVI covers as part of her NOORA LOUHIMO EXPERIENCE solo concert at the Aulanko Punk 'N Heavy festival in January can be seen below.

BATTLE BEAST in February 2015 parted ways with lead guitarist and main songwriter Anton Kabanen due to "insurmountable disagreements" with the other members of the band. A substitute guitarist was enlisted for BATTLE BEAST's recent shows.

Louhimo joined BATTLE BEAST in 2012 as the replacement for Nitte Vänskä.

In an interview with RockRevoltMagazine.com, Noora stated about "Unholy Savior": "'Unholy Savior' includes various kind of songs: the BATTLE BEAST kind of hard, balls-to-the-wall power metal, soft and sexy pop-ish song, and a couple ballads. And, of course, a couple of bonus tracks that are influenced by '80s music. I think this album is showing different aspects of BATTLE BEAST and give more versatility in heavy metal genre."

Asked how she has been received by the old BATTLE BEAST fans, Noora said: "At first, I was crucified, so to speak. On the other hand, some fans thought I was improvement for the band, but some didn't believe in me at all. It's been very growing experience and made me believe more in myself as a singer than ever before. If you can take bad comments as your fuel to practice more and develop yourself into better, then you are on the right path. Of course, you have to know when take the critic seriously and when it is just someone trying to hurt you. But I really want to thank people who've been supporting me since the beginning but also the people who didn't. What doesn't kill makes stronger and better." 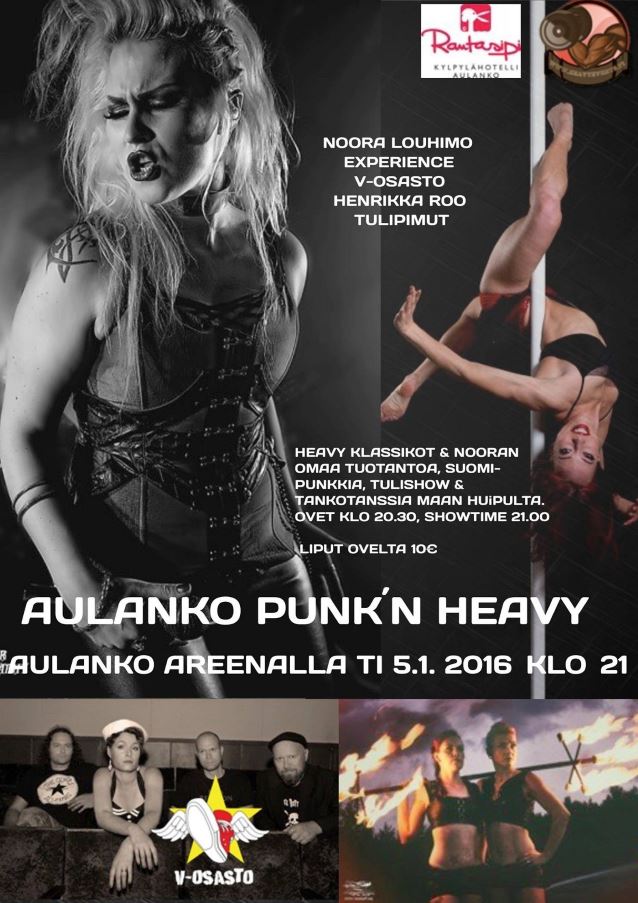